Angry Birds, the video game series, has been around for a very, very long time. It’s an entire franchise, complete with movies, merchandise, and even arcade cabinets. Everyone will recognise these characters, know how they operate, their uses, and knows that they are from the Angry Birds video game, but that does bring up the question, are the Angry Birds real?

Well, birds that are angry are real. Seagulls are known as an angry species of bird, as they will attack a child to take an ice cream cone. Birds of prey are also often considered aggressive or angry, because they will fight off anyone who is near the food they are currently eating. But, this begs the question, are there birds out there that the Angry Birds are based on, specifically? 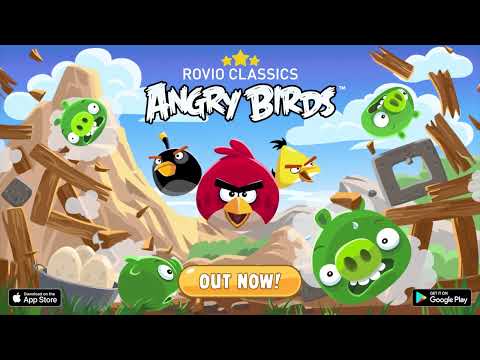 Red, the red bird in Angry Birds, is actually based on the Northern Cardinal. The Cardinal is a songbird that can be found in the east of the United States, as well as southeastern Canada, southern Mexico, Belize and Guatemala. It’s known to live in woodlands, gardens, shrublands and wetlands. As a child, my school had the mascot of cardinals, because there were so many in our area. The male cardinal has a black mask around its face, whereas the female has a grey mask. Red doesn’t have this mask but is otherwise exactly the same as a cardinal.

Hal very clearly resembles an Emerald toucanet, which can be found in Mexico and Central America where they live in forests and woodlands, at high elevations. The Emerald Toucanet has a large bill and a small body, with females being smaller than males in these specials. Emerald Toucanets live in small flocks, consisting of five to ten birds and go through the forest together, following a leader, and flighting rapidly.

Chuck is clearly a more triangular version of the American Goldfinch. This bird is in the finch family and is quite small. They migrate from mid-Alberta to North Carolina during the breeding season, and then south of Canada and the United States to Mexico during the winter. The American Goldfinch is the only finch subfamily to do a complete moult, changing colours! The male goldfinch is bright yellow in the summer and olive-coloured in the Winter, whereas the female is a dull yellow-brown shade, which only gets slightly brighter during the summer. This bird lives in very large flocks, feeding and migrating together while also being territorial during nest construction.

Bubbles is a very round version of the Orange-crowned oriole, which is found in eastern Panama, Colombia and Venezuela. These birds live in woodlands. They move around either as individuals or in pairs, staying in the canopy of the woodlands. Its cry is a soft call, which can easily be heard by other birds in the area.

Matilda is a chicken. Chickens are domesticated birds, so they can be found all over the world, really. Chickens can be a little aggressive when it comes to feeding or being near their nest, which is why Matilda needs to take anger management classes at one point, but otherwise are they very useful birds as they lay eggs that many people eat for food.

Jim, Jake and Jay (all known as The Blues) are Eastern Bluebirds, which are found in the woodlands, farmlands and orchards of North America. Females have an orange chest, whereas males have a brownish-red spot on them, which isn't shown in the Angry Birds series. They gather in flocks of over a hundred birds, which is probably why three of them are always hanging out together!

Bomb is a round version of a blackbird, which can be easily seen in their design. Black Birds are extremely common and have quite a few subspecies, across all sorts of parts of the world. The common blackbird is found throughout most of Europe. This bird is very territorial on their breeding grounds and migrates during the winter, and its song is well-known and documented in literary and cultural references. They are quite explosive in how they attack other birds, which might have been the inspiration for Bomb! 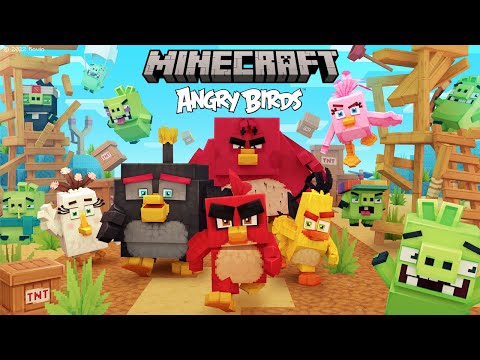 Mighty Eagle, clearly, is based on the American Bald Eagle, which is a bird of prey found in North America. They are often found near large bodies of water, with abundant food supply and old trees for nesting. They are big birds, scary looking, and are the national bird of the United States of America. They are powerful flyers, able to glide and dive at quite fast speeds too.

Stella is a Galah (also known as the pink and grey cockatoo) which is found throughout Australia and is very common. These birds live in large flocks, with other cockatoos as well. They eat cultivated crops and like being around livestock, so they frequent farms and urban areas. They are also very loud in their songs, screeching when excited, frightened, or wanting attention. This bird can also imitate people's voices, as well as train whistles, telephone ringtones, and more.

Angry Birds are more than just a video game, and maybe knowing what birds they are based on has given you some insight into their design and their actions in the movies and TV shows. Clearly, a lot of these inspirations are taken with a bit of salt, as the designs are cartoon versions of birds, which are exaggerated for design reasons. Seeing the various real-life birds that Angry Birds are based on, and learning about them, is still a pretty neat thing to do!

The best 5 iPhone and Android games for Angry Birds fans — A celebration of the catapult
Next Up :
AlchiMerge will soon let you craft potions and build your own alchemy shop on the Vortex Isles, coming to mobile on June 7th