The latest update, we'll admit, isn't much of a season. The legendary (and possibly mythical) sunken island of Atlantis is as much of a season as strawberries, kangaroos and triangles. But it's somewhat summer-y, so we'll let Rovio off.

In these 30 stages you'll get to play with water physics, as birds can dive into the ocean before shooting back out. This can be used to make sneaky submarine attacks on the pigs, and dislodge their structures from beneath.

Want some basic tips? You can get our general guide to Angry Birds Seasons here.

There's only one Golden Egg to hunt down in Piglantis, but it's well hidden. Once it's yours, an egg will appear on the screen to the right of this season's level list. Tap it to play a fun bonus level. 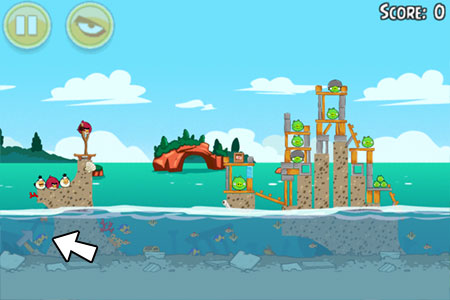 See that underwater arrow? It's pointing at a hidden switch, behind the rock. So fire a white bird backwards, and shoot an egg into the water. It will bounce up to the surface, and the current will take it to the right, causing it to explode on the rocks.

This will cause a golden egg to pop up in the middle of the water, to the right of the catapult. Smash it with any other bird to collect it. 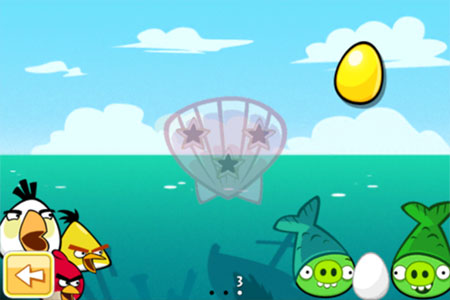 To get this egg, you'll need to earn three stars on all stages in the Piglantis theme for Angry Birds Seasons. Good luck!