The biggest update yet

Angry Birds Seasons is five-years-old now. To celebrate, Rovio has rolled out the game's biggest update yet (apparently).

There's an entire new episode with 30 levels called "Invasion of the Egg Snatchers." (There are also new Pig Days! levels on their way.)

It's inspired by 1950s B-movies and sees the evil green pigs dressed up as aliens and sometimes driving flying saucers.

You can get the "Big Robot" Golden Egg by 3-starring all the levels.

The other big change this update brings in an entirely new Power Bird. Tele-Bird is able to teleport straight through solid objects to get at those pigs cowering away.

Just in time for Halloween, you can unlock more hats to dress your birds up in by collecting special items. 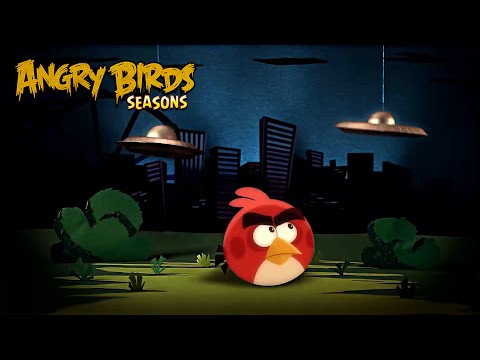 Oh, and one last thing, you can earn BirdCoins now by completing daily challenges and getting stars in a level.

This currency can be spent on power-ups as well as special items.

If you want to get everything listed here then you need only to own Angry Birds Seasons and update it.

It's available to download for free on the App Store, Google Play, and the Amazon App Store.