Rovio reveals that Angry Birds Go! is in fact a kart racer

Time for Pocket Gamer to ask the important questions, then.

Like, how would a bird drive a kart? Would it need special pedals for its spiky feet? Does it have the necessary field of vision to keep checking its mirrors?

These are all queries to which we'll hopefully be getting the answers soon, as Rovio starts a steady drip of information about its upcoming Angry Birds spin-off Angry Birds Go!

We first heard about this new game back in June when The Big R released a teaser image of a smoke trail and some feathers. We were all very excited. Honest.

Well, Rovio has gone and confirmed via a post on its Facebook page that Angry Birds Go! will be a kart racer featuring everyone's favourite aggravated avians. 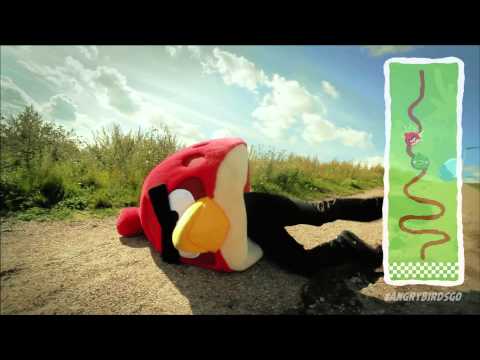 There you have it, then: birds against pigs in a race to the death. Angry Birds Go! will likely feature a poignant backstory about a bird whose dad was once a racer. Naturally, said father got blown up by pigs or something.

Oh, Angry Birds Go! will be sponsored by Red Bull, by the way. So, if you like drinks that make your chest hurt and racing games featuring characters as diverse as Red Bird and Yellow Bird, then you're in for a special treat.

We don't know when Angry Birds Go! is going to be released, what the target platforms are, or how much it'll cost. We'll tell you when we do, though. Pinky swear.