There are loads of Angry Birds games, and here are the very best

Angry Birds is a franchise that has thrived for ten long years now, and it has seen a number of successes along the way. Many games, toys, miscellaneous items of merchandise, two feature-length movies, and much more paved the way to Angry Birds' massive success, and it is rightly credited as the game that proved mobile was a capable gaming platform.

You don't enjoy this much success without the expansion of a brand. If Angry Birds was left as a single release, it would've been forgotten long ago. The reason we all remember Angry Birds so well is because it has persevered, and kept the brand relevant with a number of games from a variety of genres.

But which are the best? Well, that's a tough question, but here today on Pocket Gamer we will give you the information you need, the names of a few Angry Birds titles you should head out and download as soon as you can. Unfortunately, modern devices don't work with the original game, but there are plenty of excellent alternatives… 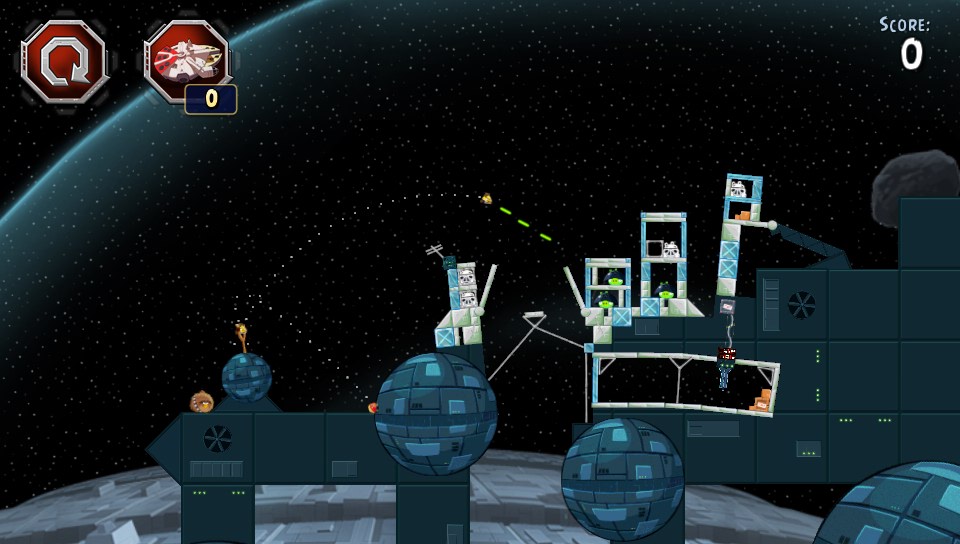 Angry Birds Star Wars was the first licensed Angry Birds game, and the first time we'd seen the Star Wars license brought to mobile devices, something we're all too used to now.

Angry Birds Star Wars played similarly to the original - the concept, of course, being catapulting birds with a variety of abilities into some green pigs, aiming to kill them. It had the enhancements of Angry Birds Space though, which gave it interesting gravity mechanics.

It proved that Angry Birds was a ripe franchise for licensed crossovers, and that was a trend that wasn't going away any time soon. 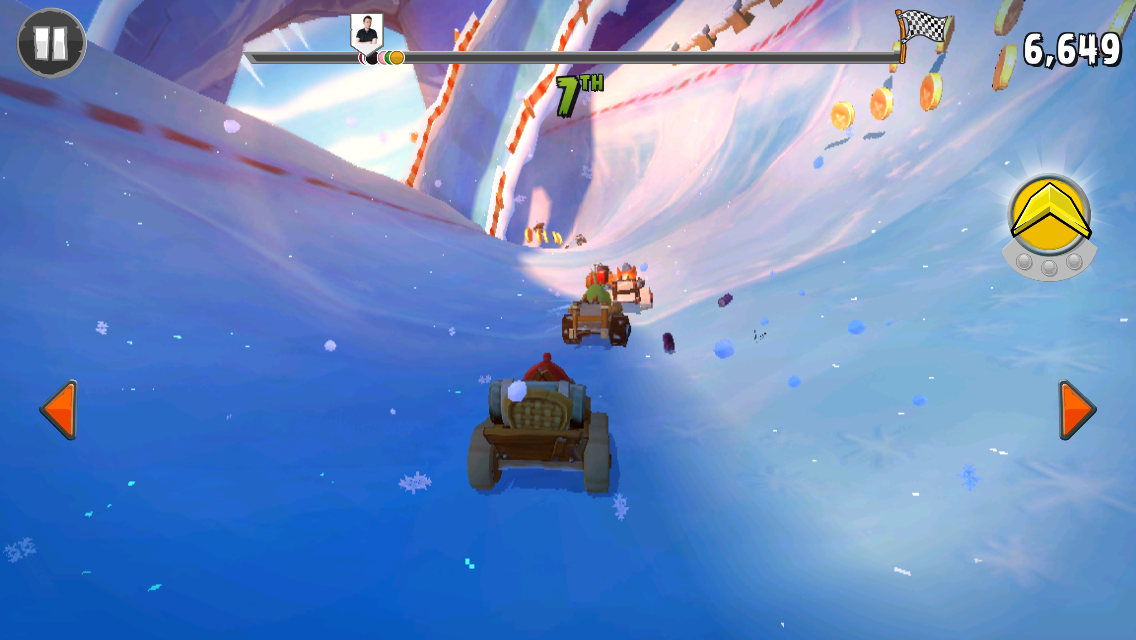 Despite what you might infer from the name, this isn't actually an Angry Birds-styled Pokémon GO AR game. No, that actually exists, but has a different name entirely.

Angry Birds Go is actually a mobile racing game starring the Angry Birds cast. As you might expect, you use the touch screen to steer your vehicle around a variety of Angry Birds themed tracks. Possibly the nicest addition for an Angry Birds fan is launching your vehicle at the start of a race with a catapult.

Definitely one of the more interesting Angry Birds games. 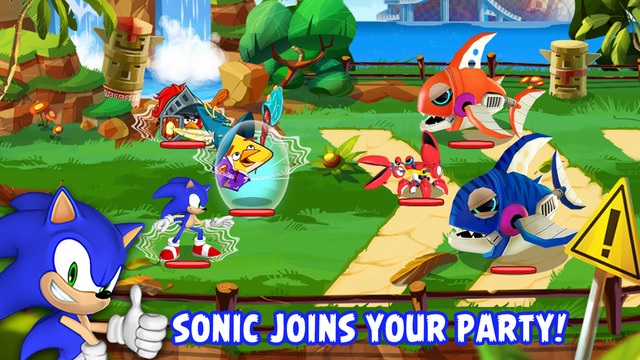 Angry Birds Epic takes the band of birds and stuffs them into a turn-based RPG setting, complete with your classic warriors and wizards theme.

You'll be bashing in the skulls of green pigs, as usual, and taking to task wizards and all other dastardly enemies. It's a simple concept but has a lot of gameplay to offer thanks to a robust RPG levelling system.

I never thought it would work, but Angry Birds Epic is a decent RPG take on the franchise. 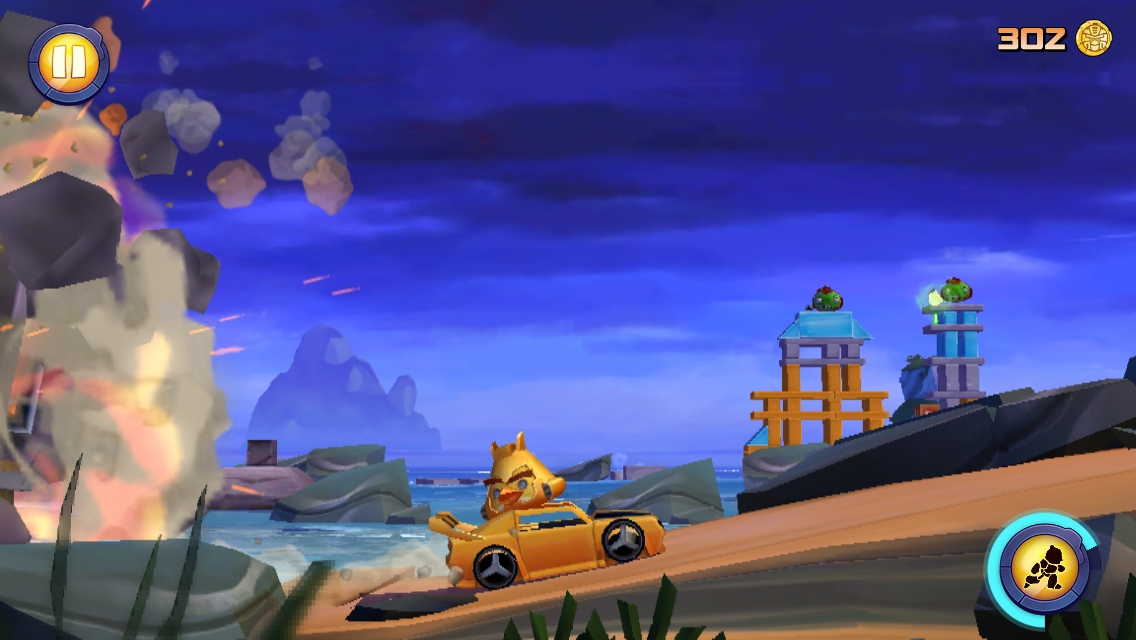 Unlike many of the other Angry Birds games, Angry Birds Transformers feels like a big departure from the core of the franchise - but that also makes this one of the most interesting spin-offs.

In Angry Birds Transformers, you actually play a side-scrolling action shooter where you'll be slinging bullets at pigs on stilts in the background, while your character runs towards its goal.

And, of course, this is a Transformers game, so your character actually transforms into a car at certain points to speed up. Absolutely incredible, and utterly shattering anyone's expectations of what an Angry Birds game could be. The industry hasn't been this shook since Super Mario Kart.

After all of these spin-offs, licensed titles, and genres you wouldn't expect, it's good to get back to some classic Angry Birds action, and that's exactly what Angry Birds 2 delivers.

Angry Birds 2 is the pure, true Angry Birds experience. You have a variety of birds, fling them off catapults, bring some green ham down to their deaths. Simple as that.

Angry Birds 2 delivers all of that you could possibly ask for, and personally, I can see myself happily playing Angry Birds 3 at this point…