On mobile, Steam, and Mac

Glitch Games' upcoming narrative adventure All That Remains just got a release date, and it'll be with us on mobile next week.

With the world going to hell outside you play as Campbell, a lab employee who wakes to find himself locked in a bunker. With your friend, Clara, on the other end of a walkie-talkie, it's up to you to find your way out of the seemingly-escape-proof area.

This point-and-click adventure game is sure to have its share of head-scratching puzzles as well as its creepy elements. According to the game's press release, it'll have a new auto-save feature so your progress is more secure, and a new in-game camera. By using the camera you'll be able to photograph interesting elements and not have to backtrack so much.

All That Remains hits out on iOS, Android, Steam, Amazon App Store, and Mac on June 29th for 99p/99c. 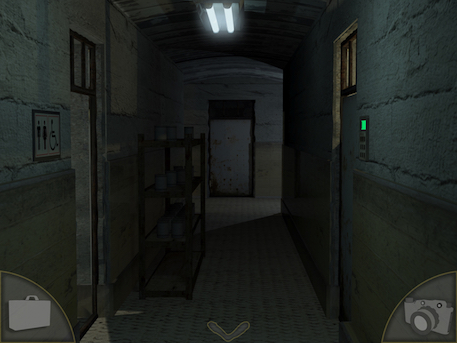