Alchemy Stars: What to expect from the 1.5-anniversary festivities

After a year and a half of thrilling content, Tourdog Studio is treating fans of Alchemy Stars to limited-time in-game events, free Lumamber and tons of other goodies up for grabs. To cap off the festivities during the one year anniversary celebration, the strategy RPG on mobile is welcoming a new Aurorian-turned-Idol into the fray - and here's everything you can expect. 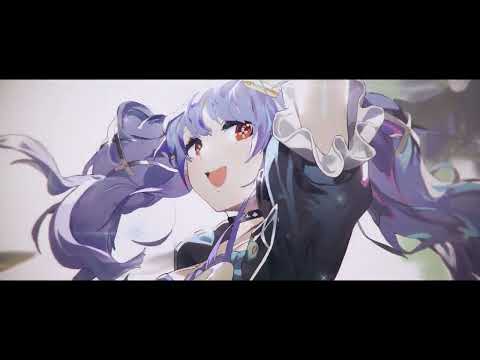 Starry Adventure: Heaven-Shaking Melody is a limited-time event that's giving away bountiful rewards to players from December 15th to January 12th. In particular, clearing the event will reward players with Solamber of the special Idol Aurorian Goldie, and 10× recruitment for the Mainstay Recruitment each week when you log-in each day during the event.

Additionally - and if you're up for a challenge - you can put your skills to the test with the Dreamy Nostalgia difficulty version to see if you've got what it takes. In turn, you'll be rewarded with Special Star Flares and Lumamber for all your efforts.

New characters always add to the overall appeal of any in-game event, and this 1.5-anniversary celebration isn't any different. Players can look forward to nabbing 6-star Aurorian Vic and Brandy as well as 5-star Aurorian Goldie with a rate-up chance this month.

To sweeten the deal, the Lucky Stars Recruitment Banner will offer, for a limited time, a 5-star Aurorian as a guarantee from a player's first 10 recruitments. And, through using special flatres during this special event period, you can attempt to recruit a six-star Aurorian with a 50% chance of recruiting Goldie, so there's no better time than now to spend those hard-earned in-game currencies you've been hoarding.

Idol training to be on the centre stage

A fabulous new mode lets players train their idol in preparation for their on-stage debut. Goldie can be trained in order to boost her abilities as players expand her fanbase and try to aim for the event's multiple endings. Of course, Lumamber and Nightium will be up for grabs as always.

The first quests will start pouring in beginning December 15th, with the next quests appearing on December 16th and 17th. If you're eager to join in on all the festivities this season, you can download Alchemy Stars on the iOS App Store and on the Google Play Store for Android devices. It's a free-to-play game with in-app purchases.

You can also join the community of followers on the official Twitter page to stay updated on all the latest developments. There are plenty of exciting rewards waiting to be unlocked from the game's social media channels as well, so be sure to tune in if you don't want to miss out.

What's A Preferred Partner Feature?
From time to time Steel Media offers companies and organisations the opportunity to partner with us on specially commissioned articles on subjects we think are of interest to our readers. For more information about how we work with commercial partners, please read our Sponsorship Editorial Independence Policy.
If you're interested in becoming a Preferred Partner please click here.
Next Up :
5 new mobile games to try this week - December 15th, 2022