Sandbox Interactive is bringing its fantasy MMO Albion Online to mobile platforms next week. The previously PC exclusive title will be available for iOS and Android devices on 9th June.

Albion Online is an MMO with a persistent world played on a single global server featuring a variety of PvE and PvP content. It has a deep character customisation system, with a classless “You are what you wear” philosophy to its design and includes a fully player-driven economy.

You’re able to explore a massive open world, join guilds and fight for territorial control through combat, strategy or politics.

Rather than a simplified version of the PC client, the mobile version of Albion Online offers the exact same game experience as on PC. Your character remains the same across both versions, and it gives you the option to switch platforms at any time without sacrificing any progression.

It sounds like the game will fit in nicely on the mobile front. Game director Robin Henkys revealed the launch date of Albion Online Mobile in a new video, which you can see below. 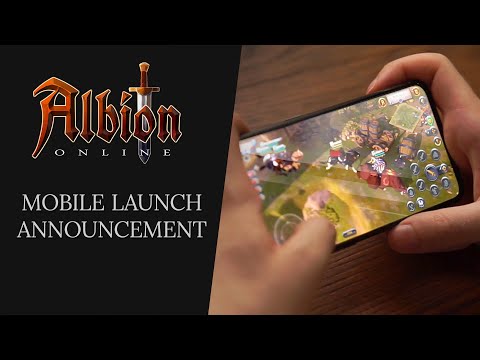 As a reward for downloading the mobile version, Sandbox Interactive is giving all players a unique Mount Skin and Tomes worth 100,000 Fame.

You can download Albion Online for mobile on the iOS App Store and the Google Play for Android store next week on 9th June. It will be a free to play title.

If you are a fan of role-playing games on mobile and wish to discover more great ones, be sure to read our list on some of the best RPGs you can download for your iOS device from the App Store.
Next Up :
Minion Rush releases new characters Bob and Stuart plus special costume to celebrate hitting one billion downloads

Albion Online: What to expect from the fantasy sandbox MMORPG in 2022