Sandbox Interactive has just announced a massive update coming to Albion Online, its sandbox MMORPG. The open-world title will roll out its latest patch on November 24th, adding new objectives, a new weapon line, and reworked guild seasons to name a few.

Titled "Lands Awakened", Albion Online's latest update adds upgraded graphics for the five stunning biomes along with gorgeous new layouts that have been visually improved. Mobs will now increase in strength and in their value over time, and the world map overlays now show Silver and resource values. Players can expect limited-time “Dungeon Rush” events in the new-and-improved Static Dungeons.

For players who're into PvP, new objectives include Treasure Sites that will randomly spawn out in the open world. In the Outlands, there will also be Energy Crystals and Power Cores that players can use as objectives for guilds. 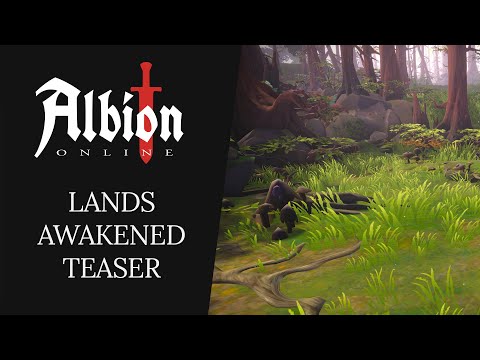 Speaking of guilds, players can now hang out in a secure home at the Headquarters Hideouts in the Outlands. The new "Might" system allows members to build their Guild Might Levels for increased rewards; plus, the Favor currency offers more ways for players to spend on valuable in-game goodies.

Quality-of-Life improvements include saved Loadouts which can be purchased at the Marketplace UI, as well as enhancements to farming usability, item rerolling, combat balances, and more. Finally, a new "War Gloves" Weapon Line lets brawlers have as much fun as they want with plenty of damage/mobility options and crafting trees on the Destiny Board.

You can discover more about the update on the game's official YouTube channel and official website, or download Albion Online on the iOS App Store or on the Google Play Store for Android devices.

Looking for more multiplayer titles? Why not take a gander at our list of the top 28 best multiplayer games for Android phones and tablets?

Next Up :
First Strike now lets you nuke your pals across the globe in latest multiplayer update