Agricola: Revised Edition, a digital version of the award-winning board game, is available now for iOS and Android

The 2013 version of Agricola was developed and published by Playdek, not Asmodee.

Asmodee Digital has been very busy lately. In the last few weeks, they've added new DLC to Splendor, launched Bananagrams for mobile and Carcassonne for iOS. Evidently, that wasn't enough updates and launches for them so now they've released Agricola: Revised Edition for both iOS and Android.

Agricola originally started life as a physical board game that won a whole host of awards throughout 2008 and 2009. Asmodee made a digital adaptation of that game in 2013, which Harry Slater reviewed for us, finding it to be 'hours and hours of fun if you can get to grips with it.' 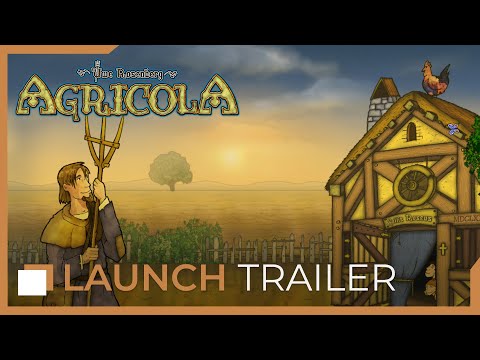 That version of the game has since been removed from the App Store so if you're looking to play Agricola on mobile this will now be the new optipn. The board game itself was rebalanced in 2016, with cards being reworked to try to improve the game's overall feel. Agricola: Revised Edition then, will naturally reflect these changes.

If you're unfamiliar with Agricola, it's a game that takes place in Central Europe during the Middle Ages and is all about creating the best farm possible. You'll plough your fields, sow seeds, bake bread or breed livestock. You will also need to manage your food resources to ensure you'll be able to survive tough winters.

It's a fairly complex game but Asmodee promises they have implemented a detailed step-by-step tutorial that will help players learn the ropes if they're not already familiar with Agricola. You'll also be able to play in single-player against the computer to hone your agricultural skills before taking on other players.

There are multiple ways to do that too. There's online support so you'll be able to prove your farming chops against players from across the globe or if you'd prefer a more social experience you can play with your friends or family in local play.

Agricola: Revised Edition is available now over on the App Store and Google Play. It's a premium title that costs $4.99.

Looking for more digital adaptations of board games? Here are 25 of the best available for Android
Next Up :
World War Armies, the competitive PvP RTS, launches globally today