Age of Guardians, the merge idle game for android, has received its latest update on March with a new hero called Farena and more improved contents.

Age of Guardians is a brand-new idle game with a merge mechanic. It includes several visually stunning models, as well as treasure chest elements, which serve as the game's hallmark gameplay. Since its launch on Android last year, Age of Guardians has had a constant stream of new heroes and content added to the game, greatly increasing the game’s playability. Now, it has established a small hit among idle game players and reached over 400,000 downloads. 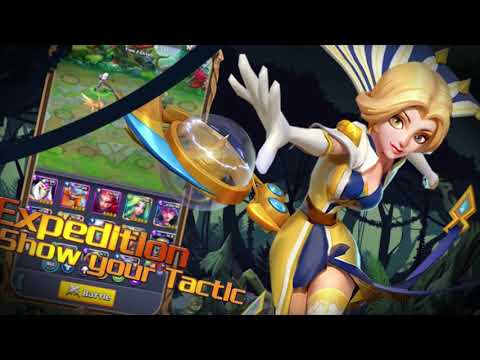 The newly updated hero Farena comes from a once-powerful tribe that has since faded into obscurity. These creatures from the tribe look almost human, but their blood is blue and can survive the harsh cold. Farena is a hero with traumatic memories of her birth. Players can unlock the side story of her when the hero reaches 6-stars and discover more about how she rebelled against her formed destiny to become a powerful god.

New updates also include the introduction of a new hero every fortnight and the opportunity for playersto try it out. To make the game as enjoyable as possible, there are also daily free chances to summon various styles of heroes. Players may even win epic ones!

In addition to updating new characters, the game is also updated with new features to enjoy and refine the Trail Land with various types of game modes to give players a better gameplay experience.

Age of Guardians is playing to win rather than paying to win. The merge mechanic allows players to merge chests to win various types of gears easily. The more combo, the more rewards.

Age of Guardians is available now over on Google Play.

What's A Preferred Partner Feature?
From time to time Steel Media offers companies and organisations the opportunity to partner with us on specially commissioned articles on subjects we think are of interest to our readers. For more information about how we work with commercial partners, please read our Sponsorship Editorial Independence Policy.
If you're interested in becoming a Preferred Partner please click here.
Next Up :
Black Desert Mobile reveals new Drakania class alongside other major updates and announcements