Apple's range of handheld devices carry a wide variety of games, though some genres are more saturated than others.

The survival-horror genre, for example, doesn't have a large representation on iOS, but developer Trendy Entertainment is set to add to the existing offerings with Afterlife: Ground Zero.

Although details are scarce, a tech demo meant for internal distribution was 'accidentally' uploaded onto YouTube over the weekend, giving us a quick look at what the game may involve.

The video shows a gun-wielding bloke navigating the streets of a destroyed rubble-filled city, littered with corpses of fallen monsters, burnt-out cars, and abandoned buses.

Our best guess is a post-invasion scenario that sees you battling a range of beasties.

Afterlife: Ground Zero is in the early stages of development, so everything shown - including the game's name - could be tweaked, altered, or removed before its release.

Pocket Gamer will keep you updated with any news and information about the game, so check out the demo below while you wait. 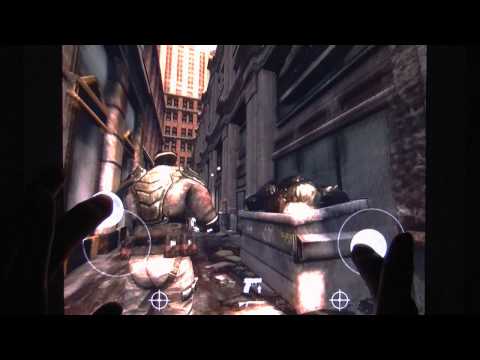 Subscribe to Pocket Gamer on
Touch Arcade
Next Up :
Daily Dadish lets you try and save your missing radish kids one day at a time, out now on mobile