Mobile gaming giant NetEase Games, publisher of games such as Onymyoji and Identity V, released their new futuristic racing game Ace Racer in early access for Android today. After being released in China last year, early access for the title has rolled out in the Philippines and will hopefully continue to a global release.

Ace Racer features breakneck speed, adrenaline-fueled car races where players will compete to be first. With various real car models from real-life manufacturers alongside fictional models designed to fit the futuristic aesthetic, all full of customization options. If you’ve felt the racing genre has been kind of saturated as of late, Ace Racer hopes to change your mind and offer up a unique setting that will hopefully breathe life back into the genre. 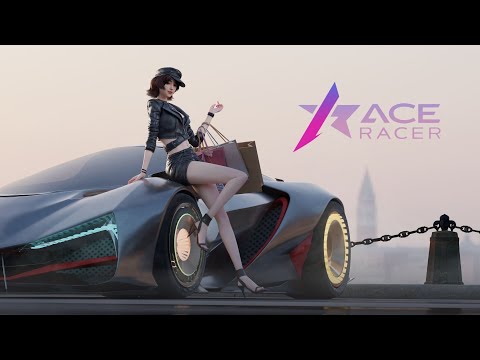 As for the actual gameplay, Ace Racer focuses on two things specifically; speed and thrills. With a low entry barrier, the game is easy to pick up and play, and rounds only go about one minute typically. Even more interesting, each car has an ultimate ability specific to its model, allowing players to do things such as flash through walls, transform while driving, or drift at high speeds.

This racer also features a ranked and unranked mode, allowing you to either practice your skills and get accustomed to your car's abilities, or begin climbing the ladder to compete with other players. You’ll want to test out each car's skills as certain ones are better to use for certain courses, so if you want to climb that ranked ladder, you’ll have to do some research into the cars you’ll unlock. The game also features a training mode to learn different techniques that will help you really enhance your gameplay.

With in-depth car customization, officially licensed vehicles, a futuristic aesthetic, and breakneck gameplay, Ace Racer is set up to have something for everyone. If you’re interested, anyone located in the Philippines can currently get their hands on the early access release for Android on Google Play. As for the rest of us, we’ll have to keep tabs on the official NetEase Twitter handle to see if any news of a global release comes our way.

Looking for a racing game to play while you wait for Ace Racer to release globally? Check out our Top 25 best racing games for Android phones and tablets!
Next Up :
Game of Legends: Dragons Rise, a new fantasy strategy game, opens early access for Android