Bandai Namco has just announced the launch of a mobile version of their popular fishing game Ace Angler Fishing Spirits. Coming straight from Nintendo Switch is the arcade game, where players have to - you guessed it - catch fish! Check out the game’s launch trailer embedded below.

Ace Angler was originally a Japanese arcade fishing game that became quite a sensation. Players use a rod-like controller to catch a variety of fish ranging from clownfish and boxfish to sharks and even massive squids that appear on a giant monitor. For every catch, they earn medals that can be used to purchase better rods. 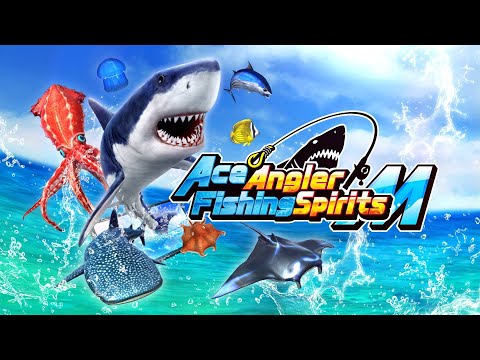 Then came Ace Angler Fishing, which launched on the Switch in 2019 and sold over 850,000 copies. The mobile version of the game brings all the same action. There are over 100 different types of sea creatures to catch. It isn’t super realistic (because how do you catch a great white shark using a fishing rod?), but hey - it sure is fun.

And as players catch all the numerous available fish, they will fill up the pages of their Fish Encyclopaedia, which will also help in learning much more about these creatures. Ace Angler features lots of entertainment while also educating players along the way.

Just like the Switch and arcade versions, players will earn medals for catching fish, with the number depending naturally on the size of the fish caught. And using them, players can purchase exclusive rods and special abilities like the Thunder Bolt techniques.

Cruise through all the different levels of the game as you catch a plethora of fish by downloading Ace Angler Fishing Spirits M now. It is available on the App Store and Google Play for free and offers in-app purchases for special rods. For more information, check out the game’s official website.

Are you a fan of arcade games? Then check out this list of some of the best arcade games to play on mobile!
Download now!
Ace Angler Fishing Spirits M

Next Up :
LEGO Brawls adds themed Minifigures and a Winter Wonderland level in latest update