Don't believe the photo of Keith Burgun. He may look sad, but the lead designer behind old skool role-playing game 100 Rogues has plenty of reasons to be pleased.

The game has been a critical hit, earning a Silver Award from us and heaps of praise from other review sites too.

And it's easy to see why. 100 Rogues is both a charming and in-depth experience, offering deep role-playing amid a sea of casual titles. It hasn't been completely smooth sailing, though, as technical problems have marred an otherwise stellar game.

Keith spoke with us about the recently released 2.0 version of the game, highlighting the ton of new content, stability fixes, and other assorted features it brings.

Pocket Gamer: What new content and features have you added in version 2.0 of 100 Rogues? Keith Burgun: As far as new content, we've added an entire new world to the game. That means about 10+ new monsters, a new tile set, new music, etc.

These are not only new monsters, but they're some of our most interesting and best-looking monsters yet. They all have really unique abilities and functionality.

One of them actually possesses you and makes you use your items and spells at random - one of them calls you a nerd and throws a dodgeball at you which you can pick up and throw back!

These are just two examples. We've also fleshed out the dungeon with 3-4 new monsters and a unique, interesting boss fight which we're really proud of.

This is all in addition, of course, to lots of stability increases, bug fixes, and other minor improvements which make the experience better than it ever has been before. Oh, and there's new title music, which I wrote and I hope people enjoy! 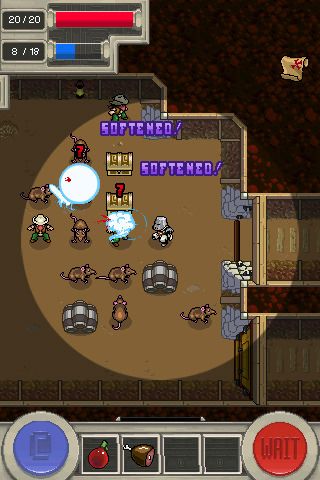 have you addressed technical complaints lodged against the game since its release back in March?

I think anyone who knows about our development team knows how attentive we are and how much we care about people's experience with our game. We're always quick about nailing bugs and other issues as soon as we find them - it's constantly improving and the game is at this point very stable.

In what ways have you tinkered with the game's balance to improve the overall experience?

As significant as all of the new content is, arguably even more significant are the new balance changes. Monsters now spawn in mobs and the game has a much better rhythm to it than ever before.

The difficulty curve is a lot smoother and I think people will have a much easier time advancing in skill, which is very important because this is what 100 Rogues is all about. We also changed the way maps generate; one significant change to this is the addition of pre-fab bits of level which are built by hand. These add in seamlessly to the level generation.

Can you provide any tips for survival?

The most important thing for new players is not to rush. Take your time and consider your options. Most players die not because they had no options, but because they failed to consider the right options. 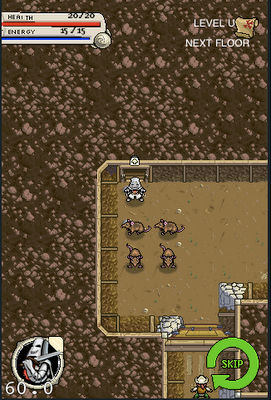 I see some new players kind of mashing the screen during battles - it's a turn-based game and it does behoove you to play with a level of calmness and calculatedness. Don't be afraid to run from a battle if it's not going well.

Also when you do die, make it a learning experience for next time. Did you have full mana when you died? Did you forget about a potion you have?

Another thing is using quickslots. Keep healing, combat, and spell items in your quickslots. Throwing items like rocks and throwing knives can also make the difference between life and death.

What's next for the 100 Rogue's development team?

Well, we plan to keep developing 100 Rogues for as long as we possibly can. Our next update, which we're working on now, is for an additional player class - the Skellyman Scoundrel.

We also hope to be able to add the fourth class to the game, the Dinoman Bruiser as well as many other features we've planned from early on, like more game modes etc. We love 100 Rogues and we want to make it really clear to players that we'll continue to support it.

As for future games, there's at least one project, a PC war-game, in the works from Dinofarm Games - that's all we're prepared to announce at this time.

Thanks to Keith for taking the time to come up from his game development dungeon to answer our questions.
Next Up :
Ensemble Stars!! Music: Why you should look forward to the upcoming rhythm game on mobile