The upcoming Z War 1: The Great War of the Dead is perhaps best described as a brutal, Lovecraftian horror-themed, strategic, wave-based shooter. You and your unfortunate squad will have to hold down a tactical position, repelling a seemingly never-ending onslaught of ghouls and giant, tentacled star-spawned horrors. After taking home multiple Big Indie Pitch awards, developer Ether Games has now started the game’s Kickstarter campaign. 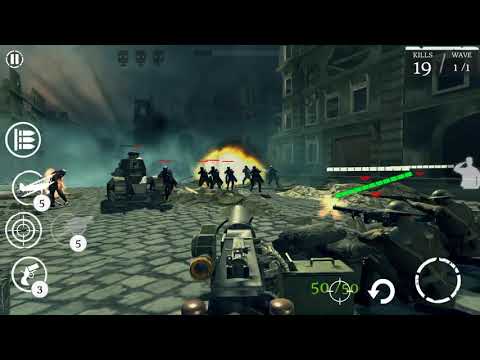 The main stars of the show here might well be the authentic WWI-era weapons, with you taking control of a machine gun. Shooting is satisfying and punchy, with no shortage of shambling beasts to mow down. As you progress you can unlock upgrades for each machine gun, including ammo capacity upgrades, optics, coolant, rate-of-fire and muzzle booster upgrades.

it’s also imperative that you equip your squad with additional gear and better weapons to survive the in the later stages. You can equip gasmasks, armour and helmets, weapons range from bolt-action and semi-auto rifles, submachine guns, anti-tank rifles, flamethrowers and close-quarter melee weapons and grenades.

A new addition to the game are ‘Classes’. As squad members rank up, you can assign them a class. Each Class brings new abilities to the squad’s capabilities. Medics, heavy weapons, LMG gunners, snipers, grenadiers and chaplains all have a specialist role– the latter can actually use sigils and incantations to repel and even banish some of the larger horrors from the battlefield. 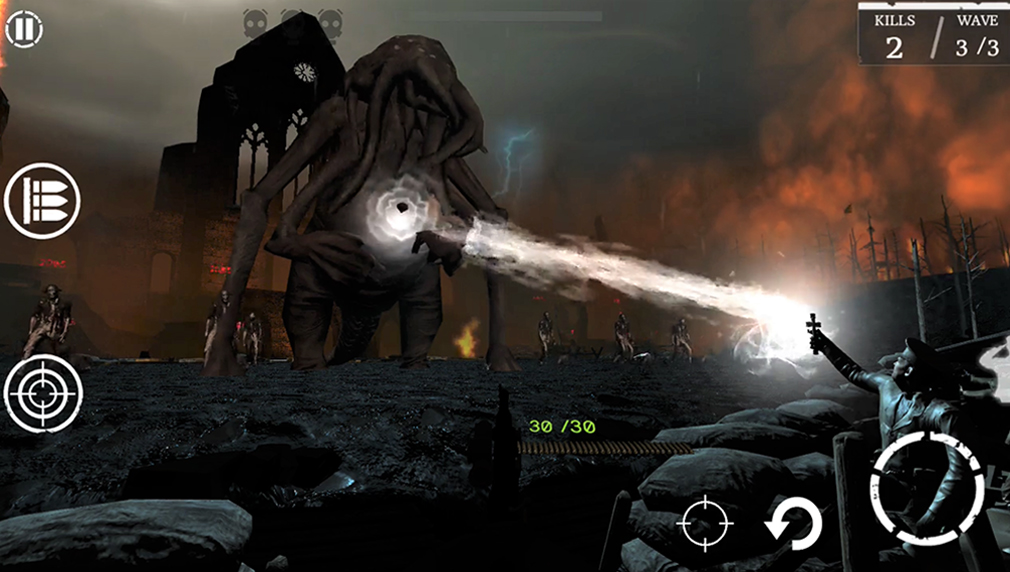 If the outcome of battle looks grim, you can call in artillery bombardments to stem the onslaught. Air and armour support are also at your disposal.

Prior to battle you can plan your path to victory on the Risk-style map. The extensive non-linear campaigns are filled with varied locations; from the battlefields of Europe and destroyed towns, to mysterious, portal-filled ruins, huge war-factories, and in later missions, expeditions to the Antarctic.

Each level is impressively detailed, and there is an entire menagerie of stunningly grotesque creatures large and small to empty your weapons into, as the emerge form the fog. (The game can throw an impressive number of units around.) 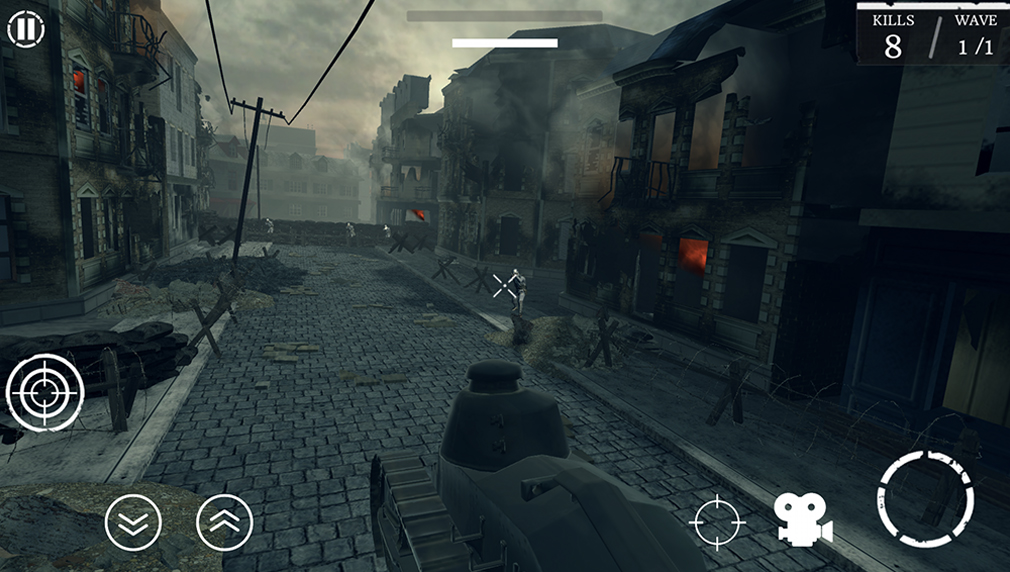 It’s also a truly immersive experience, boasting an atmosphere of dread one moment then frenzied panic the next. Expect gruesome moments aplenty; swarmed by rats, burned alive by flame throwers, or eaten whole by star-spawn of Cthulhu, and as it’s Lovecraft, managing your squad’s sanity or lack thereof, after fighting horrible beasties is a key feature. It’s likely to haunt your thoughts, is what I’m saying.

The team at Ether Games is hoping to fund the final stretch of development through a Kickstarter campaign, which starts today and will run until October 31st. If you'd like to offer your support then simply head over to the following page to make your donation: https://www.kickstarter.com/projects/134796806/zwar1-the-great-war-of-the-dead

Z War 1: The Great War of the Dead received a lot of love from our Big Indie Pitch judges, taking home second prize in Helsinki and third prize in San Francisco and London. Be sure to keep an eye on this one going forward; it’s looking super promising.

What's A Preferred Partner Feature?
From time to time Steel Media offers companies and organisations the opportunity to partner with us on specially commissioned articles on subjects we think are of interest to our readers. For more information about how we work with commercial partners, please read our Sponsorship Editorial Independence Policy.
If you're interested in becoming a Preferred Partner please click here.
Next Up :
The Bonfire 2: Uncharted Shores adds new dungeon modes, buildings, extra gameplay hours and more in latest update

ZWar1: The Great War of the Dead shambles into closed beta