NetEase's latest game ZOZ Final Hour's closed beta test, has just begun. It is only available in Brazil. Here, 15 players fight against each other and try to complete a mission while surviving the zombie infestation.

ZOZ Final is a TPS online multiplayer game created by NetEase. Currently, it is in the beta testing phase. From what we know, it seems like the developers have succeeded in meeting expectations. The control, such as movement and firing guns, is very smooth. The graphics are very realistic, which makes it stronger and sets the right mood.

ZOZ Final Hour takes place in a dangerous city full of zombies called San Yager. 15 Players, who play the role of a mercenary, will fight against each other for survival. It's a solo game, but you can team up with strangers, though you will have to betray each other to win at the end of the day. 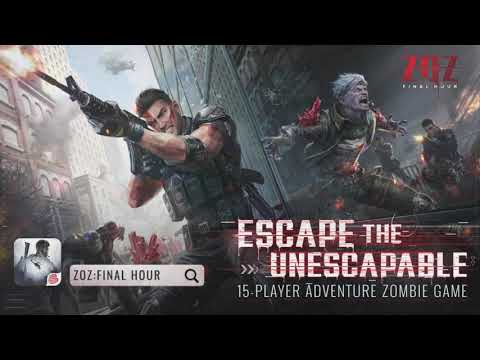 The first mission is to enter the city to collect Blood Crystal, a red colour crystal obtained by killing some unusual zombies called the Incubator. After collecting enough, your mission changes to evacuating from the city. This kind of intense, thrilling situation is the most exciting part. If a mercenary fails to escape and their HP reaches zero, they will lose and become zombies. But that's not where it ends. After players turn into zombies, their mission changes to killing the surviving players, keeping them in the game, and adding an extra challenges for survivors.

ZOZ Final Hour is currently in closed beta and only available in Brazil. Players who registered for the beta can download it now from Google Play. It is recommended to use a device with Android 4.1 or better, at least 4GB Space and 2GB RAM. All progress will be wiped after the beta ends.

So far, there has been no announcement about the global release. But the developers have confirmed that they have plans to launch ZOZ Final Hour globally in the future, but we will have to wait a bit before getting our hands on it. Interested players can also check out the game’s Facebook fan page for more information.

Interested in shooters? Check out our list of Top 25 best shooting games on Android phones and tablets.
Next Up :
Roller Drama drops a new gameplay trailer that showcases more of its narrative-driven sports mechanics

ZOZ: Final Hour will showcase new gameplay and more at the BIG Festival 2022