It looks like this is the week for games with convoluted development cycles to finally materialise on the App Store.

The latter game was originally intended as a WiiWare title, then was earmarked to appear on Xbox Live and PSN as a downloadable title. Alas, it never saw the light of day on any of these platforms.

Last month, though, the Mexican-themed zombie romp resurfaced as an iOS and Android title with a different play style and an April release date.

And, yes, it's finally available on the App Store.

You're still a plucky school kid on the field trip from hell, and you're still being given heavy zombie-slaughtering weaponry by an irresponsible zoo keeper. But now you're drawing lines on your touchscreen for your weapons to follow.

The gory sense of humour from the original is still present, and there are still plenty of zombified zoo animals to kill with a variety of weapons throughout 45 challenging levels.

There's still no sign of the Android version of the game, mind, but you can grab Zoombies: Animales de la Muerte! [buy] from the App Store right now for iOS for £2.99 / $4.99. 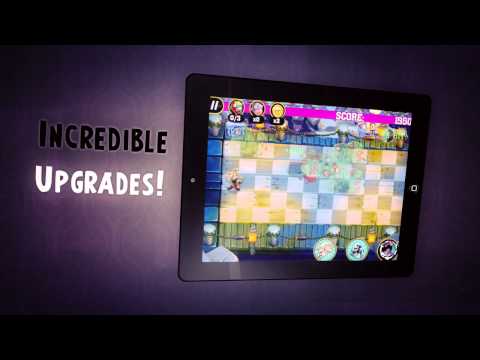