Zoo 2: Animal Park is celebrating its fourth anniversary with tons of in-game goodies and events for players to enjoy this month. In upjers' colourful zoo adventure sim, players can expect a special "Birthday Party in the Savanna" as well as more animal varieties with the new Kujali Park.

In Zoo 2: Animal Park's latest update, players can look forward to exciting festivities that include the Kujali Park new region. They can get to know the region's caretaker, Derek, as well. As a special guide through this region, Derek can help players clear new quests and obtain tons of rewards upon completion.

Players can redecorate by using enclosures and cosmetics from the main zoo into the Kujali Park, or craft a savanna theme in the new expansion using sandstone pillars and a mosaic path. The addition of the new region also welcomes two new animals that players can acquire from the store, which include The White Headed Vulture and the Saiga Antelope. To top it all off, a cashback event will let players earn back a portion of all diamonds spent in the game throughout the event until Monday, March 28th. 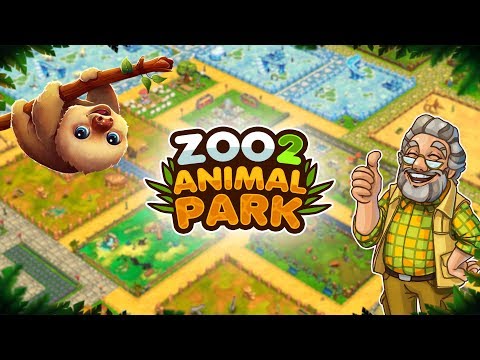 If you're keen on joining in on all the festivities during the fourth anniversary, you can download Zoo 2: Animal Park on the iOS App Store or on the Google Play Store for Android devices. It's a free-to-play game with in-app purchases. You can also visit the official website for more info, or have a look at the embedded clip above to get a feel of the game in case you're not familiar with it.

Are you on the lookout for more similar titles that will put your skills to the test on your mobile device? Why not take a gander at our list of the top 10 best simulation games for Android?

Next Up :
GrubDash Driver lets you deliver food and enhance your neighborhood in 16-bit, out now on iOS and Steam