Zombie Sector lets you kill the undead using wobbly cadets in physics-based gameplay, coming to Android on May 26th

Pontus Pettersson of Rennert Games has announced the upcoming launch of the studio's undead-themed RPG on mobile titled Zombie Sector. Players will have to compose their team of cadets to fend off the infected while trying to uncover the hidden secrets of underground sectors in the game.

Of course, while the theme of Zombie Sector may be all about the gloom and doom, the visuals and the characters of the game keep things lighthearted and humorous. Players can train "silly" physics-based cadets and equip them with the best abilities that will help them survive the undead hordes out there, or they can choose to have these fighters use their own survival skills with a spiky club to see if they've got what it takes.

The game also features underground environments, hangars and unexplored areas in the wilderness where players can score valuable resources outside of the quarantine zone. They can craft weapons, acquire modules and collect blueprints to boost their survivability in this so-called "wobbly interpretation of a zombie apocalypse". 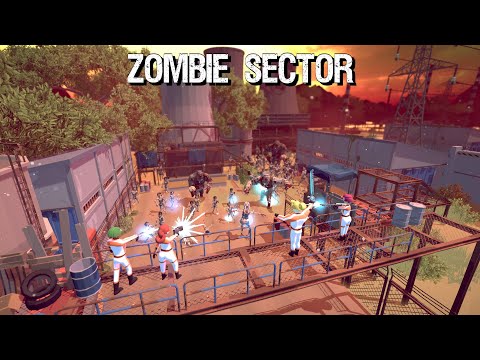 "I recently committed to a huge risk and left my previous game development company to pursue something that felt closer to heart," says Pettersson. "That’s when I founded the new studio Rennert Games - which now has its first title two weeks from launch."

Additionally, the game lets you engage in asynchronous PVP as well as in progression leaderboards.

If you're curious about the game, Zombie Sector will soon be available to download on the Google Play Store for Android devices on May 26th. You can also visit the official website to know more about the title, or join the community of followers over on the official Discord channel to stay updated on all the latest developments.

Next Up :
Behind the Frame gives players a sneak peek at a new side-story via its latest accolades trailer