I can totally see my houAAARRRGH!!!

In this unique take on the inevitable undead apocalypse, you can watch on from an almost God's-eye-view as civilians attempt to keep the growing zombie hordes at bay in real-world environments powered by Google Maps.

There are a number of settings that you can tinker with to control the on-screen action, though, which transforms this game from a passive to an active experience.

For starters, you can alter the zombie speed, infection rate, and the number of armed police. If you so desire, you can also tweak the shooting proficiency of the civilians.

Having made your changes, it's a simple case of hitting restart and sitting back as the fight for survival begins anew.

Veterans of Binary Space's zombie sim may notice a few extra features in the iOS edition, such as the all-new satellite view, which enables you to zoom right in on the carnage or zoom out for a perfect overview of the unfolding chaos.

Incidentally, if you're wondering what your neighbourhood might look like swarming with deadites, check out the video below. 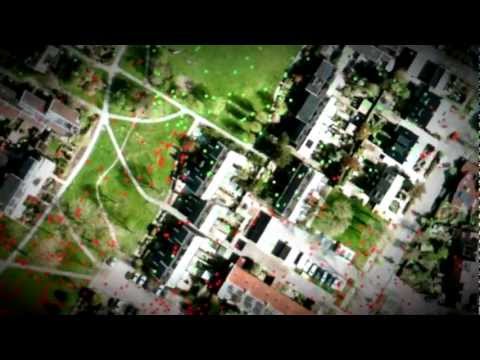 Customise your own zombie outbreak