Switch
| Zen Bound 2 (Switch)
Updated May 4th, 1:02 PM - As of this morning developer Secret Exit got in contact to explain a few more details about the game and why it should be worth the price.

"This isn't a port in the general sense of the word, and not even a re-master - we went a whole lot further than that. Before Zen Bound 1 came out on the iPhone in 2009, the game was actually headed for the Wii and PS3. Both versions were canceled because their controllers lacked the necessary features for our planned gameplay. With the Switch, there's finally an opportunity to create the game as we originally envisioned it: that the player would rotate the controller as if it were the object. The control method works really, really well - our game-testers who have tried the game on the touchscreen no longer wish to return to it."

As such, the biggest change lies in the Joy Cons as I'd originally hoped, plus some graphical upgrades and 5.1 surround sound for a totally immersive experience.

"Most of our effort was spent on the tactility of gameplay on the Joy-Cons: adjusting the feeling of mass, tweaking the rumble effects for the rope etc."

Of course, it all comes down to how it plays on the day. Everything else is just pure speculation, but we hope it'll be worth the asking price.

Boy, oh boy, does this news feel like we've shed a few years. Remember the relaxing puzzler Zen Bound 2? Well, it's coming to the Switch at the end of the month. 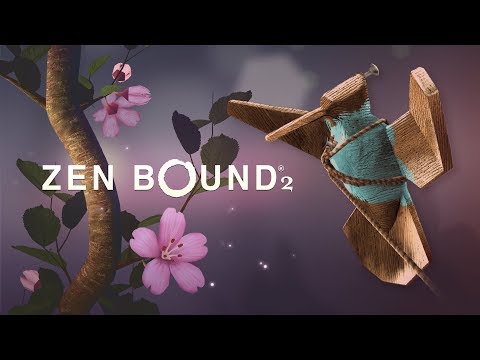 Subscribe to Pocket Gamer on
We reviewed the game eight years ago and that just feels like another world away, doesn't it? Much like we can expect from the upcoming Switch version, Zen Bound 2 is a no-rush puzzler where you have to wrap rope around a structure. While that sounds simple enough, the trick is in the tactics as you figure out the best way to paint the wood as well.

The one difference in the Switch version is that it's motion controlled. You'll move the object around on-screen using your Joy-Con, which I'd hope also implements the use of HD Rumble to bring out the feel of the rope. With over 100 levels at hand, you've got plenty of time to practice either way.

Of course, despite how well the game will fit on the platform it's another example of how different the price points are between mobile and Switch.