It's time for Nintendo's green dinosaur to shine now that The Year of Luigi is officially behind us.

With that very much in mind, then, get ready for Yoshi's New Island for 3DS on March 14th.

Yoshi is one of the stranger Nintendo creations.

I mean, what other character do you know ground pounds, flutter jumps, devours enemies, and turns said foes into eggs?

We don't really get to know Yoshi that well, for Mario is usually sacrificing him to jump across a chasm. In Yoshi's New Island, however, we'll get to explore the Yoshi universe properly while reuniting Baby Mario with his Baby Luigi. 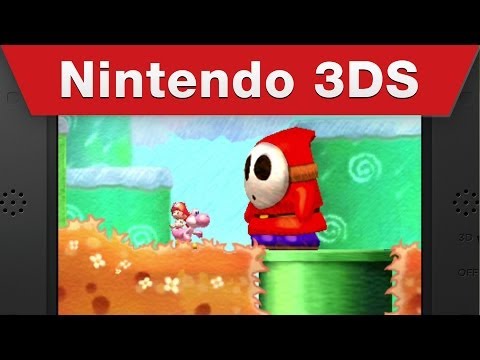 Mark also thought there wasn't much in the way of fresh ideas here, making it feel more like a remake than a full-blown sequel.

If you fancy taking a punt on Yoshi, though, you'll be able to pre-order Yoshi's New Island. Should you choose to do so, you'll get a Yoshi Egg Game Case with the game.

For everyone else, you may want to wait for our full review of Yoshi's New Island before you take the plunge. That will be going up sometime around the March 14th launch date, of course.