X-Mercs has just hit the App Store. It's a free to play turn-based strategy game that owes more than a sizeable debt to XCOM.

But it's got some ideas of its own, and it won't cost you anything to pick it up and give it a go. And you know what, I think you should.

If you feel a bit lost after the tutorial though, than worry ye not, because I'm here to guide you through some of the mechanics that will make sure you're not getting shot to death every twenty seconds.

I'll also show you how to get the most out of the game without reaching into your pocket, because nobody enjoys paying money for things they enjoy, right?

The sort of basics

If you've played through the tutorial then you should have a pretty decent idea of how to control your squad. In this section we'll look at the things you should be doing all the time to make sure you stay alive. 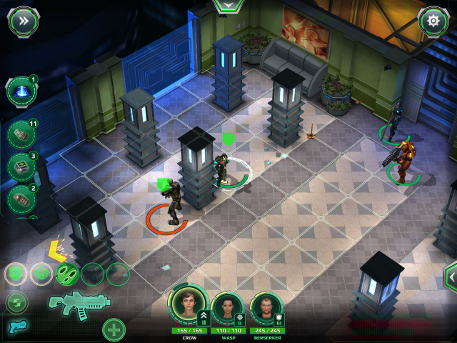 Cover is probably the most important aspect of the game. If you leave your squad out in the open then they're in constant danger of being munched or slaughtered in some other horrible way. Get them behind something whenever you can.

Remember that cover is destructible as well. You can use that to your advantage, but you shouldn't rely on one piece to keep you safe. Move between chest high walls to keep yourself safe. 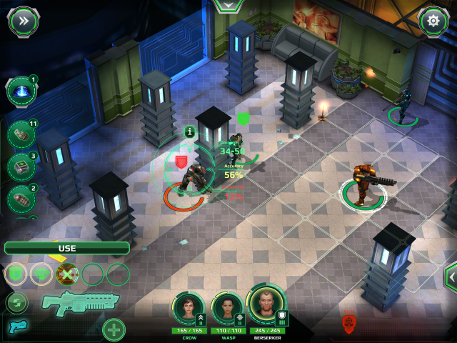 When it's time to fire off some shots, look at the reticule that pops up around your target. It'll tell you the likelihood you are to hit. If it's less than 60% consider moving to try and get a better shot.

Different weapons have different levels of success at different ranges. Get up close and personal with the shotgun, any where from close to mid-range with the machine gun, and as far as you can get with the sniper rifle. 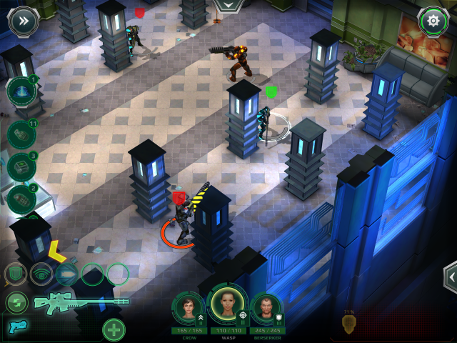 As your soldiers earn experience, they'll learn special moves. These take the same amount of action points as their normal shots, but often do more damage or have an extra kick. Using them smartly will make things easier.

For example, if your sniper doesn't have a clear shot, use your heavy's special move to push an enemy out of cover and line one up.

How to spend (without spending)

You're going to have a decent chunk of currency when you start the game, but it'll soon dwindle if you start spending it like a crazy person. Here are some tricks to make sure you get the most out of what you've got.

If you can avoid speeding things up it's better in the long run. Try and start building at the end of a play session, that way the new parts of your base will be built the next time you pick up your iPad or iPhone. 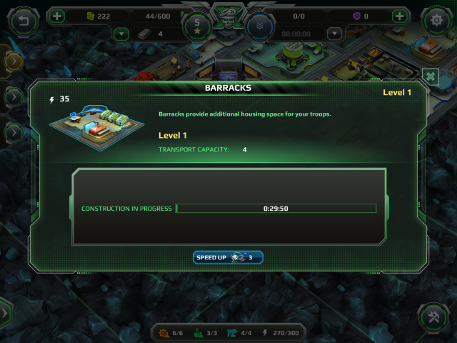 Spending a little here and there to get your squad back up and running is a good idea, especially if they get particularly badly wounded during a mission. But don't go crazy, and only spend if you really have to.

After a while you'll get to buy a new soldier. It's good to start a rotation in your squad as soon as you can, so focus on buying a few more if you want to have a goal for your spending. This will mean you can attempt missions even if the other half of your team is in hospital.

You'll need to build more barracks to house them as well. Although they're not super expensive, so you should be able to build enough for your soldiers to sleep in pretty quickly. 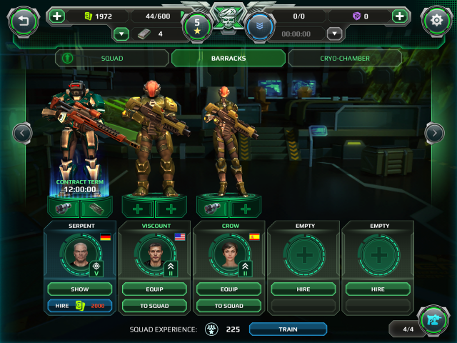 There's usually a couple of super soldiers you can hire as well. Their contracts last for 12 hours, so if you're going to spend currency on getting them in your squad, make sure you're actually going to use them, otherwise you're pretty much just tossing money away.

If you find yourself without a decent shot, or if you've cleared the screen of enemies, then make sure you put yourself in overwatch. That way you'll take a pot shot at any bad guys that turn up in their next turn.

When you're left out in the open, use defensive stance to soak up more damage. It's not the ideal solution, but you'll last longer than if you just stand there like a lemon. Do lemons stand? 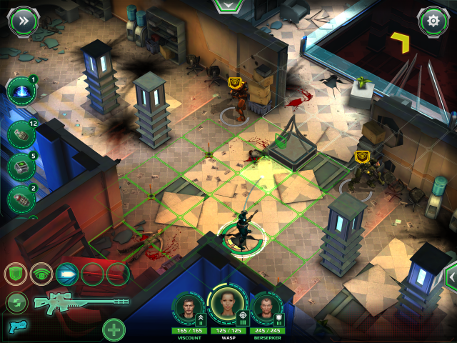 If your sniper is stood next to the enemy and your heavy is taking potshots from miles away, you're doing it wrong. Lead with your scout, use your heavy to take the hits, and pick foes off with your sniper. Get into that rhythm and you can't go wrong.

Take your time and keep away

There's rarely a rush in X-Mercs. Take your time, pick the best route, and be ready for anything. Don't cluster either, or you're basically asking the enemy to throw a grenade at you. And nobody want a grenade throwing at them.

X-Mercs: Invasion puts you in charge of a UFO defense force, pits you against an enemy unknown

Blood spurts and laser beams is how the X-Mercs roll