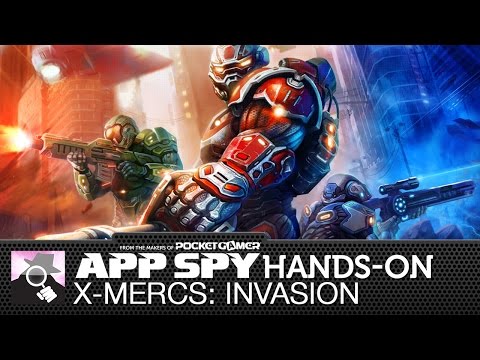 Game Insight's "not XCOM we promise" turn-based tactics game X-Mercs is now available to download, everywhere, on iOS. And it won't cost you a penny to do so.

Aliens are on the loose, and you've got to put together a team of battle-hardened specialist mercs so you can wipe out those ET nasties in tense tactical scraps.

You'll also need to build up your base of operations, research advanced weaponry based on alien technology, and even raid other players' bases for resources. Which doesn't sound very nice.

You're going to need an iPad 3, iPad mini 2, or iPhone 5 or better to play. And while a network connection is required when first playing the game, you'll be able to play offline after that. Which is nice.

We'll have a full review, so you'll know whether or not to sink a few hours into this game, soon.

X-Mercs: Invasion puts you in charge of a UFO defense force, pits you against an enemy unknown

Blood spurts and laser beams is how the X-Mercs roll