World War Toons: Tank Arena - What to expect from this casual VR shooter

Driving simulations are a dime a dozen these days, but Stoic Entertainment takes things up a notch with World War Toons: Tank Arena, letting you experience what it's like to control an actual tank. The hyper-casual FPS game adds madcap mayhem to tank battles by thrusting you right into the inside of a tank for full immersion, offering a truly unique VR experience for fans of the genre.

World War Toons: Tank Arena sets itself apart from other FPS games in that it offers adrenaline-pumping shooting action but inside a hella-cool tank. Players can look forward to piloting their tank and firing away at their unwitting foes in a casual setting, all while raining down death and destruction to see which tank has more devastating firepower on the battlefield.

It's steel vs. steel as players go head-to-head using different shells and artillery. For instance, the M5 Stuart may have low damage but can overwhelm foes with persistent attacks. Its special skill is a high-damage guided missile that can eliminate 2-3 tanks in a single blow.

The Tiger, on the other hand, doesn't need any reloading and can unleash a barrage of attacks endlessly. Of course, players will have to be mindful of its cooldown to keep it from overheating. 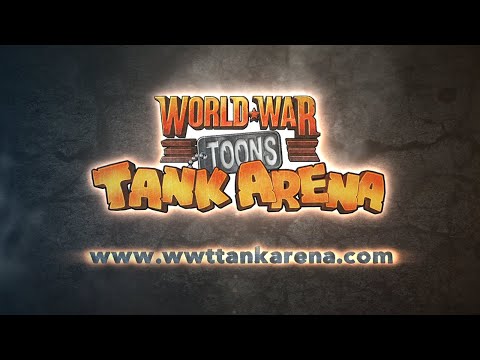 While plenty of other games can offer intricate external designs for various tanks, World War Toons: Tank Arena boasts a casual take on the inside of a cockpit to give players an easy and accessible experience manoeuvring their tanks without any overly complex visuals.

Controls feature intuitive buttons that allow a single player to pilot the tank alone, as well as familiar FPS shooting mechanics that fans of the FPS genre can easily jump into without much preamble.

The VR game also has a variety of tanks in its lineup of vehicles, letting both hardcore and casual players enjoy different combat styles on the field. The M24Chaffee packs a revolver-like gun, for example, while the King Tiger rids the battlefield of foes with ease using its bolt-action type weapon that's ideal for sniping during team battles.

Apart from combat controls, the game also lets players tinker around with their beloved tanks using a hammer for repairs, fire extinguishers and other tools for maintenance, and even a hilarious slingshot within the cockpit for a bit of cheeky fun.

Of course, fighting in a team always adds a level of social gameplay to any activity, and World War Toons: Tank Arena offers multiplayer co-op to raise the stakes. You might even want to use the T-34 to boost your survivability during close-range combat using shotgun shells - plus, the tank's special skill can heal yourself and your allies in a pinch.

If you're eager to know more about World War Toons: Tank Arena, you can head on over to its Oculus page to stay updated on all the latest developments.

What's A Preferred Partner Feature?
From time to time Steel Media offers companies and organisations the opportunity to partner with us on specially commissioned articles on subjects we think are of interest to our readers. For more information about how we work with commercial partners, please read our Sponsorship Editorial Independence Policy.
If you're interested in becoming a Preferred Partner please click here.
Next Up :
Minecraft: Top 10 Speedruns, including the world records