World of Tanks Blitz has announced a fun and colourful update to the cross-platform team-based MMO with an adventure comic book. This season, players can expect to go on a hunt for the Yeti with the "Seeking out Yeti" comic book in the game.

“This is the first time in World of Tanks Blitz’s 8-year history that we have one unified story running across all in-game activities for the entire month. We hope Blitzers enjoy playing it and unlocking awesome rewards, as much as we enjoyed creating it for them,” says Andrey Ryabovol, World of Tanks Blitz Product Director. 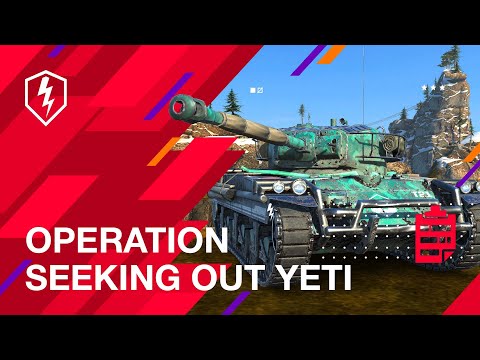 Players can also look forward to new quests, events and a Battle Pass where tankers can nab the IV M3 Lee at Level 1. Upon reaching Level 30, they can score the VI Ranger, the All-Terrain Legendary camouflage at Level 55 and so on.

If you're eager to join in on all the fun, you can download World of Tanks Blitz on the Google Play Store for Android devices and on the iOS App Store. It's a free-to-play game with in-app purchases. You can also join the community of followers on the official website to stay updated on all the latest developments, visit the game's Twitter page for more info, or take a little sneak peek at the embedded clip above to get a feel of the exciting new content in store for you this month.

Are you on the hunt for more similar titles that will put your skills to the test on your mobile device? Why not take a gander at our list of the best multiplayer games on Android?

Next Up :
Alphadia Neo is an upcoming JRPG from KEMCO that's now open for pre-registration on Google Play