Word Up Dog, the Bronze Award-winning letter puzzler, is free for iPhone and iPad right now 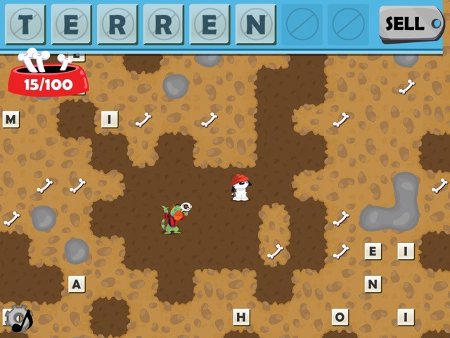 Who doesn't like games about hip hop dogs trying to spell words to escape from a cave? People who haven't played Word Up Dog, that's who.

Thankfully they won't be around for much longer because the Bronze Award-winning letter puzzler is currently free on the App Store.

At review we described it as "a curious blend of arcade action and word puzzling that's surprisingly entertaining, despite its awkwardly misjudged psuedo-hip hop facade."

If that sounds like your bowl of chow then head on over to the App Store and grab Word Up Dog right now for nowt.