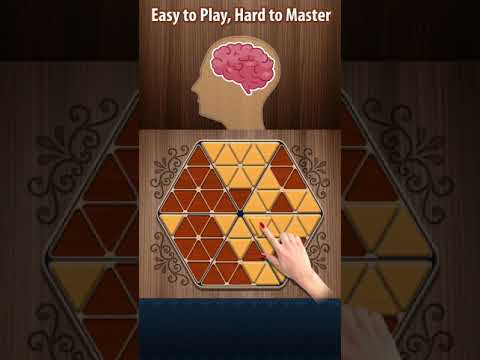 Woody Poly features a hexagonal board with six large triangles that players will have to fill up to earn points. Fans of Tetris-esque gameplay mechanics will likely find something familiar and enjoyable with the game, but still discover something new. In particular, the absence of a time limit eliminates any kind of pressure to race against the clock, making for a relaxing and stress-relieving gameplay experience.

Apart from trying to nab the top spot in the leaderboards with your own high scores, you can also try to master special moves and achieve combos and streaks. You'll need to plan your moves ahead of time to maximize your Hexa blocks across three different themes (Classic, Modern, and Neon).

If you're keen on improving your focus and honing your puzzle-solving skills on a unique Hexa board, you can give Woody Poly a go by downloading it on the iOS App Store or on the Google Play Store for Android devices. It's a free-to-play title with ads.

What's A Preferred Partner Feature?
From time to time Steel Media offers companies and organisations the opportunity to partner with us on specially commissioned articles on subjects we think are of interest to our readers. For more information about how we work with commercial partners, please read our Sponsorship Editorial Independence Policy.
If you're interested in becoming a Preferred Partner please click here.
Next Up :
Age of Z Origins adds a new officer type plus gifts from Santa to the zombie-themed strategy game