Wings Of Osiris : Genesis, an arcade flying game, has landed on Google Play

Save the world from a rogue AI

Wings of Osiris: Genesis is a newly released flight combat game available now over on Google Play. According to the store description, it sees you assuming the role of a character called David, a former air force commander. He’s thrust back into action when a rogue AI called ‘Judgement’ decides to have a crack at taking over the world.

There’s not a whole lot of footage out there at the moment, though what I’ve seen looks fairly typical of the genre. You’ll duck, dive, and roll your way through a series of on-rails encounters against futuristic enemy ships and drones. There are special powers to utilise in the heat of battle, including homing missiles, straight missiles, and speed boosts. You can also expect boss fights aplenty and ‘easy to learn’ touch controls.

It boasts 7 distinct ship types to select from, each of which can be upgraded as you progress. In the trailer below, we get to see some of the 7 locations you’ll visit on your adventure. These include a desert area, a city, and some snowy mountains. Beyond the main campaign, there’s also a survival mode to try out. 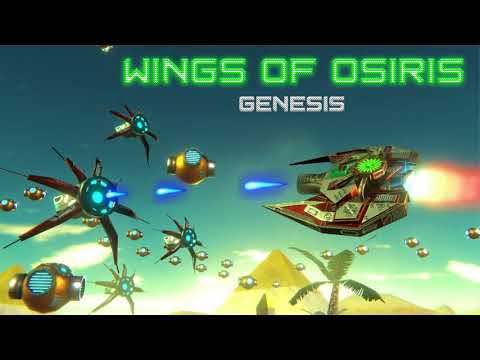 The gameplay and visual style almost remind me of the Gummi Ship battles from the Kingdom Hearts series. If you’re on the hunt for an arcade flying game, you’ll find Wings of Osiris: Genesis available for download now over on Google Play. It’s a premium app priced at £1.99 or your regional equivalent.