Warriors of Waterdeep is an upcoming D&D game for mobile, but is it what you're expecting?

I don't know what you're expecting tbf 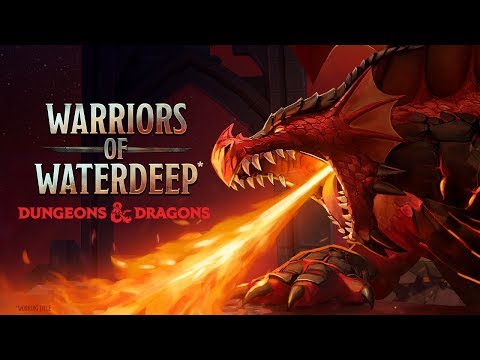 Ludia has announced that it's working on an official Dungeons and Dragons game for mobile. It's tentatively titled Warriors of Waterdeep, and it's set to soft launch later this year.

If you're expecting a faithful adaptation of the classic tabletop RPG though, you're going to be a little disappointed. From the trailer at the top of the story, you can probably tell that it's something closer to a more casual RPG set in the Forgotten Realms canon.

The game will be available for both iOS and Android, and while it might not directly scratch your D&D on mobile itch, it should at least soothe the rash. Plus it looks pretty good. And there's a giant freakin' dragon in it. How cool is that?

You can sign up for to be notified when the game is coming out, and receive a free early registration pack when the game is released, over at the Warriors of Waterdeep website by clicking on this link right here.
Love fantasy board games? Check out our list of the best three you can get on mobile then