Be the best of the best

Unlike its Silver Award-winning Warhammer Quest, this new game from Rodeo, which is set in the same universe, is being made in Unreal Engine 4.

"Actually, I think we're one of the first iOS games to be using it," Ben Murch of Rodeo said.

First and foremost, this new engine means that Deathwatch will have full 3D, so you can pan and rotate each scene to plan your tactics.

It should also be quite the looker. So you can expect the black armour of your elite Space Marines to have an obsidian shine.

Likewise, the aliens you fight will be equally beautiful and gruesome: arachnid-like beasts with exposed flesh, gaping teethed mouths in the floor, and prowling packs of lizards armed with sharp pincers.

Deathwatch will also arrive with multiplayer support for up to four players. And you can bring your marines with all their gear and skills from the single player campaign straight into co-op.

The final big feature that Rodeo revealed is the Codex book.

"It sort of functions like a sticker book, when you collect a new piece of wargear, or relic, or weapon ... or marine hero, you can see it in place in the book," Murch said. "There are around 250 items needed to fill the book." 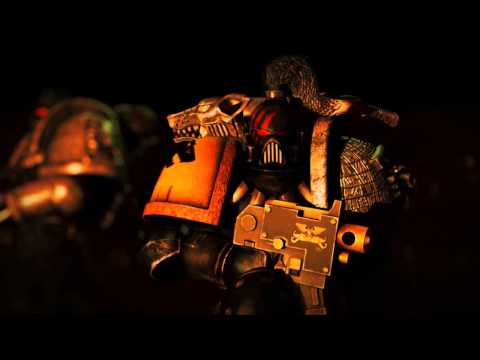 The story and setting won't mean much to you unless you're a Warhammer geek. We're told that it's set in the Astolat Sector, which is under threat of being consumed by Tyranids from Hive Fleet Leviathan.

The Deathwatch, described as the "best of the best," are tasked with turning the tide of war by defeating the aliens.

Given that Rodeo Games impressed us previously with its take on the Warhammer 40,000 universe before, we have every reason to look forward to this one.

Deathwatch: Tyranid Invasion will be out for iOS this summer.