War Wings tips and tricks - How to master the skies

Being a fighter pilot can be tough, but it can also be rewarding. In War Wings you'll take to the skies in one of a variety of WWII era fighter planes, taking out enemy bases and taking opposing pilots out of the air.

It's not always easy, but swinging through the air while enemies nosedive to the ground is certainly satisfying. 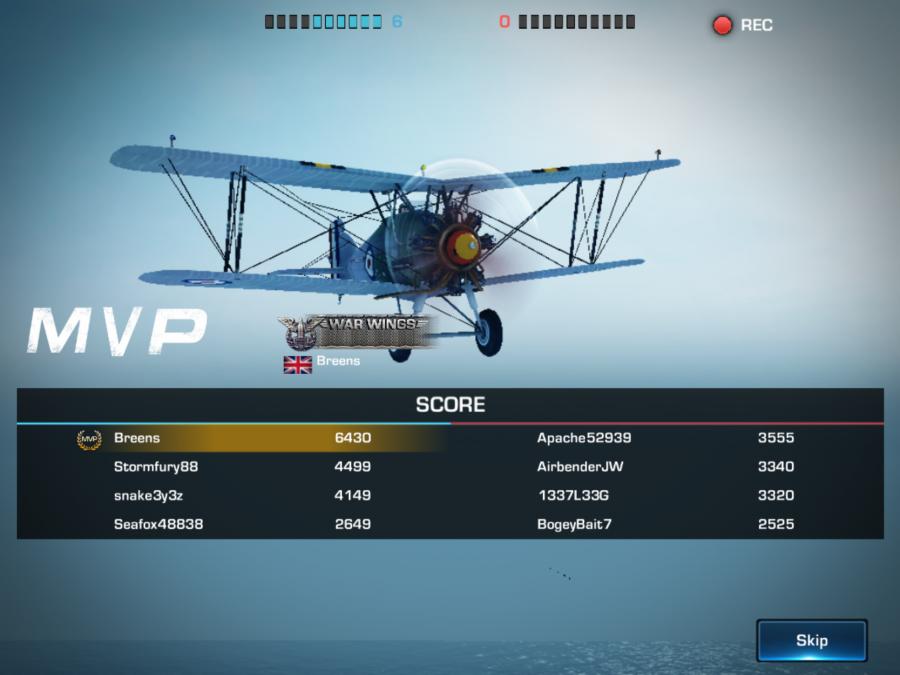 Flying a plane isn't immediately intuitive, but after the brief tutorial you'll know how to take to the skies - commanding them is a different story.

We've put together a list of helpful tips to keep in mind while playing in order to become a War Wings champion.

In War Wings you can equip a variety of boosters, recovery items, and special ammos to your planes to give you the edge in combat - but many of these items are limited.

Even your gun crosshair can be upgraded. But it works more like a rental system, where you pay certain amounts to use it for anything from a single day up to to a year. 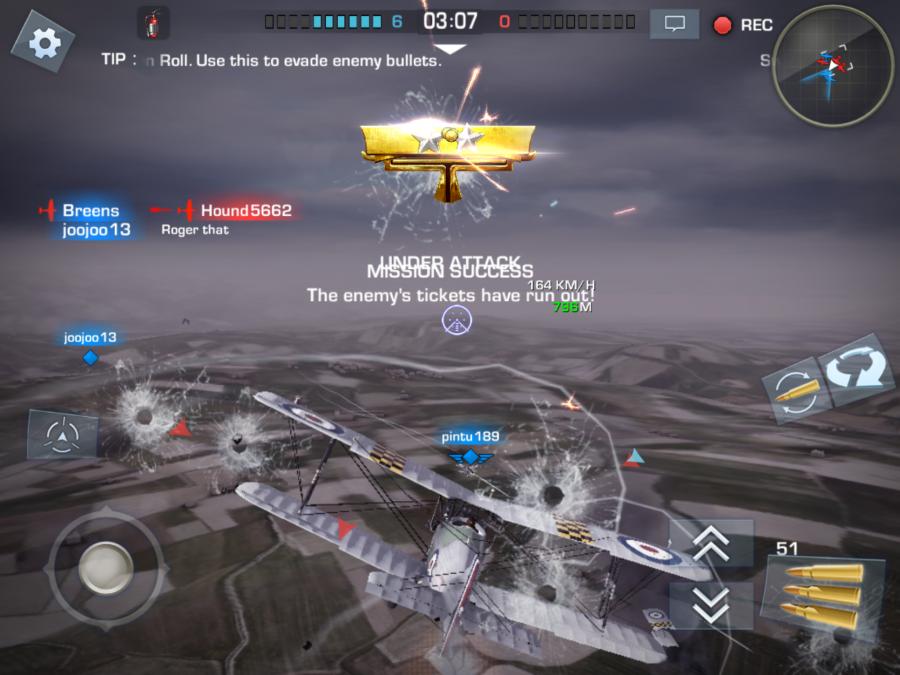 Gun crosshairs aren't too important, but equippable special ammo such as bombs, or the ammo upgrades for your regular gun turret are usually worthwhile.

You'll earn more silver from completing battles than you'll lose for using these items, so they're worth the investment more often than not.

It's a good idea to keep stocked with Fire Extinguishers and small recovery kits if you're going to come out of firefights unscathed.

Do an aileron roll

Your most basic of evasive manoeuvres in War Wings is the aileron roll - the move Star Fox infamously insisted was a "Barrel Roll".

You can perform this by sliding your finger to either the left or right side of the screen while turning that way, and it works well for avoiding bullets. But it has more use than that alone. 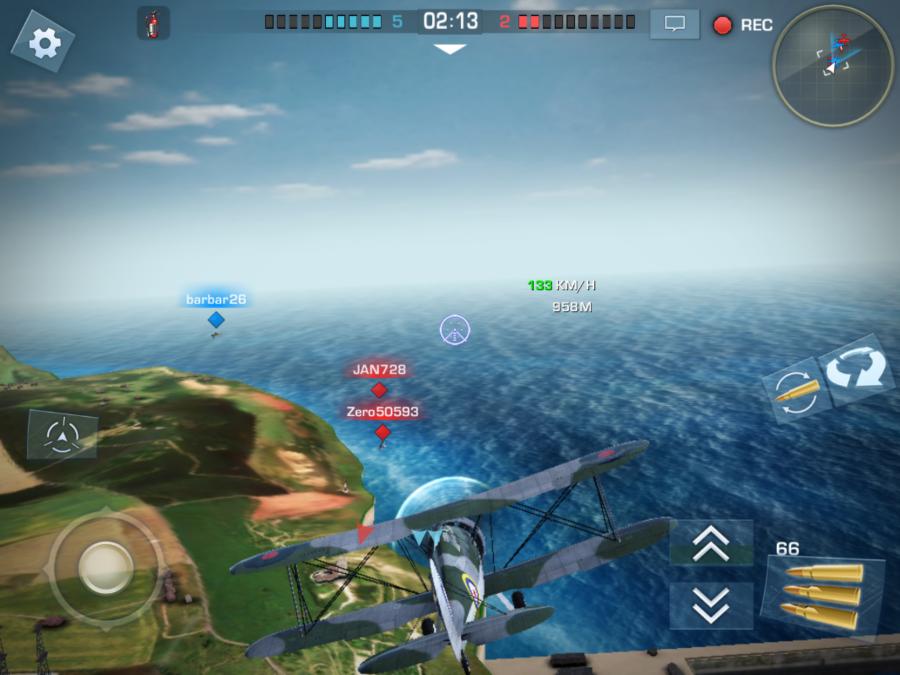 In addition to dodging a rain of bullets, you can use the aileron roll to shift your momentum and hunt down enemy planes when they're avoiding you.

Your plane needs energy to use the aileron roll, so you can't use it constantly, but if you need to quickly turn to the left or right in order to hunt down one of your enemies, this is a good tactic at your disposal.

If you aim well, your ammo clip can take down an enemy plane quite easily - you just have to be a little conservative with your shots.

Reloading takes time in War Wings, time that could give the enemy the chance to slip away. Instead, reload whenever you get the chance, and aim well. 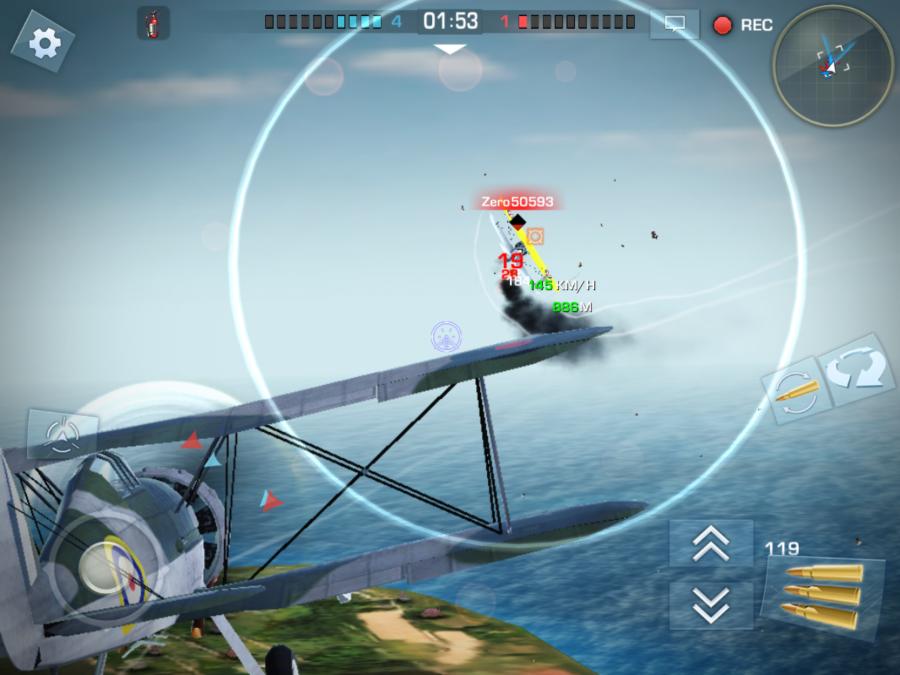 Of course, the different parts of those pesky enemy aircrafts can be picked off, if you choose. You can focus on taking the wings off, blowing up the engine, or even killing the pilot directly.

There are even Missions focusing on destroying aircrafts in certain ways, so keep it in mind as you fly into battle.

As tempting as it is to Boost straight towards the enemy team and start shooting, it's likely that this will get you killed pretty quickly.

If the plane you're aiming for doesn't kill you, one of their team mates almost certainly will. To avoid this, make sure you have a good grasp of where all the enemies and allies are using the tactical map. 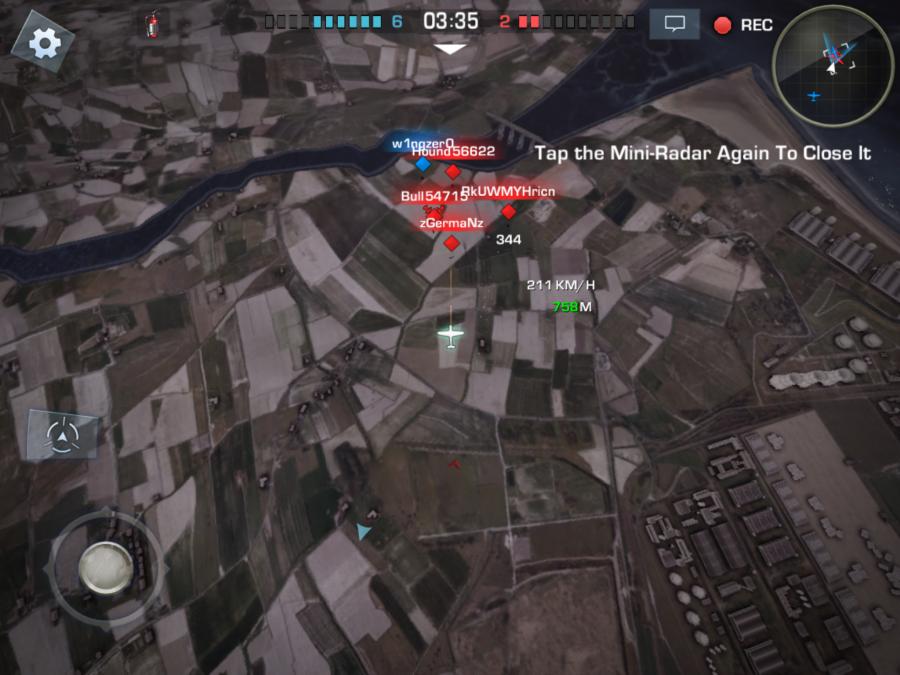 Tapping the map in the top-right corner will give you an overhead view of the game world - and will allow you to control your plane, but only on the horizontal axis.

Here you can easily see where enemies are, who's closest, and where you'll likely be shot from if you charge in too quickly.

Consider picking off enemies that are flying solo, or go for enemy planes that are already under siege from your allies so you're in less danger of being shot down and putting your team at a disadvantage.

Of course, it's important to remember that this is an aerial combat game, and elevation plays a big part in it. Whether it's for creeping up on enemies who aren't checking their radar or pulling off evasive manoeuvres, staying low has it's benefits. 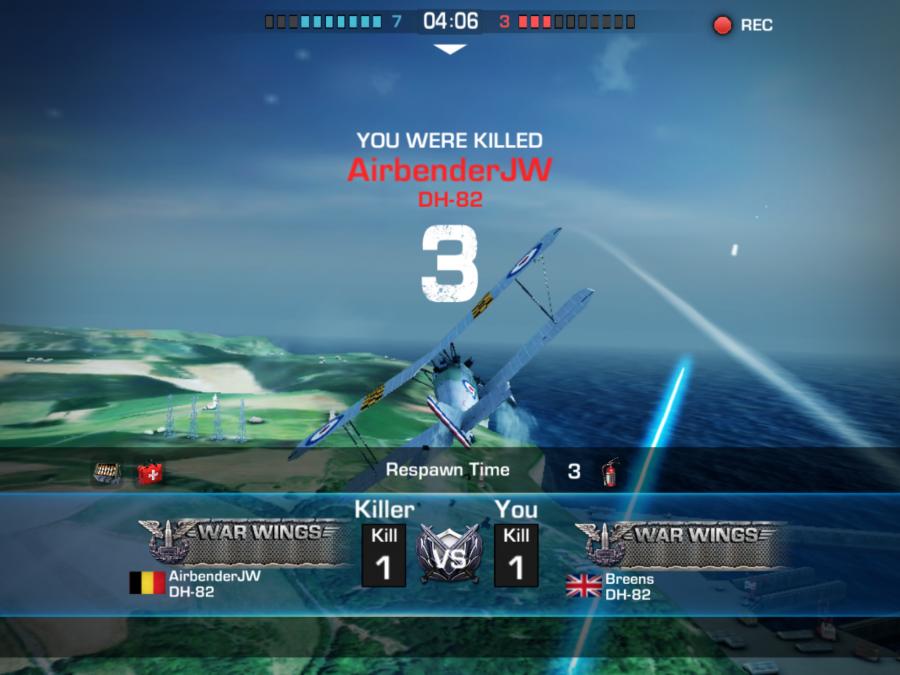 And the way your plane behaves when climbing or falling in altitude is different too - climbing will slow your plane down, so you should make sure to have a full boost before you consider that as an option.

Nosediving, converesely, speeds up your plane thanks to the power of gravity, and you can use this speed to escape enemies flying overhead before spinning around them with an aileron roll and taking them out of the sky.