SQUARE ENIX has announced an exciting new collab event for WAR OF THE VISIONS FINAL FANTASY BRAVE EXVIUS. In celebration of 25 years of Tomb Raider, the tactical mobile RPG is teaming up with Lara Croft herself in a limited-time crossover event that will run from now until October 19th, so there’s plenty of time to get in on the action. 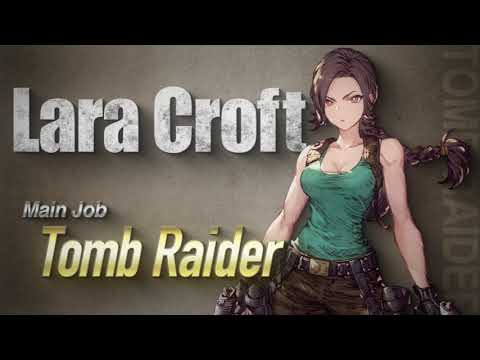 A Water-type UR unit, Lara Croft is a Middle Guard Striker Class with Gunner and Ranger sub-jobs. She can destroy physical barriers and attack from afar; she can also pierce defenses, which is handy when you’re up against foes with high resistance. Her "Duelist Reflexes" Limit Burst can attack targets three times and lower her hate to keep her out of the enemies’ target line after.

Meanwhile, the “25 Years of Tomb Raiding” (UR) vision card can enhance Water-type units’ luck. For Lara Croft herself, the vision card gives her Critical Hit Rate and Evasion a welcome boost.

If you're eager to join the festivities, you can download WAR OF THE VISIONS FINAL FANTASY BRAVE EXVIUS on the iOS App Store or on the Google Play Store for Android. It’s a free-to-play game with in-app purchases. You can also have a look at the embedded teaser trailer above to see Lara Croft in action.

Are you on the hunt for more free titles you can sink your teeth into on your phone? Why not have a look at our list of the top 25 best free mobile games to play on your iPhone, iPad or Android Phone in 2021?