A most peculiar game, coming soon to Kickstarter

In upcoming iOS and Android game Wake the Dreamer you create a character who lives inside an apartment, itself inside your phone or tablet.

It would be nothing more than a Tamagotchi if that's all it was.

You can play Wake the Dreamer like a simulation: get a job, decorate the apartment, and explore the sidescrolling city outside.

But when you tell your character to nap or sleep, well, then a whole other world opens up.

Within dreams you can travel to space and alien planets where huge battles are being waged with laser guns. Your task in both reality and in dreams is to make the decisions for your character.

Do you save the man or the woman from being sucked out into space? Do you go for the mauve wallpaper or the blue one? 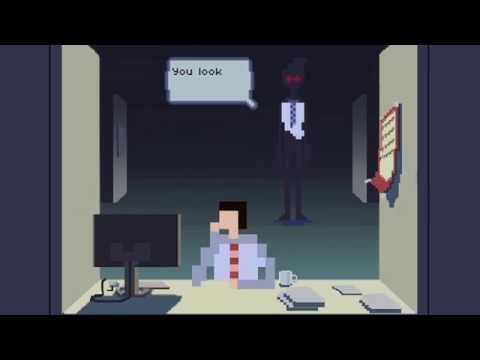 The decisions you make in this open-ended adventure affect the events of both worlds, advancing the story of each.

In reality, a strange character lurks in the background. While in dreams there's a world that needs to be saved, and maybe even some romanticism to be had.

Developer Ali Sakhapour plans to put Wake the Dreamer on Kickstarter next month to fund its development. Being an unusual game with a fresh idea may be enough to make it succeed.

Just another day at work and saving an alien planet