G5 Entertainment has announced that Virtual City 2: Paradise Resort will be heading to pretty much every mobile format under the sun this April, including Android, iOS, and Kindle Fire, with a Nook tablet version arriving in May.

Virtual City 2 takes the original game's time-management puzzles and transplants them to a series of locations around the world.

It's getting cold in here

Despite what the title suggests, you'll not only be taking in the sunny shores of Florida across the game's 52 levels, but also the snowy wastes of Alaska, the mountains of Utah, and the scorching Nevada desert.

There's a ton of extra buildings to construct with this latest entry, bringing the total number up to 72, all presented in that G5 cartoony style (that you can see in action in the video below).

Virtual City 2: Paradise Resort will be out later this month on Android, iOS, and Kindle Fire; and out on the Nook tablet in May. 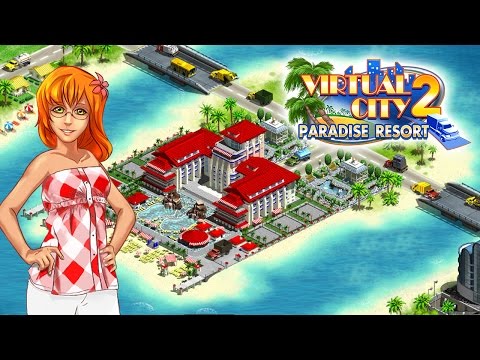 Sponsored Feature: G5 Entertainment on how Virtual City 2: Paradise Resort has laid down the foundations for success