A change in direction and payment model

Vikings II is PinPin Team's follow up to Vikings: An Archer's Journey, which initially released back in 2016. This time they've teamed up with publisher Plug in Digital to release the game for both iOS and Android, where it's as a free-to-play.

Vikings II is a slight step in a different direction from its predecessor. It's maintained the beautiful storybook art style but it's no longer a side-scrolling action game where you'll be pinging arrows at foes and jumping over obstacles. Instead, it's vertically scrolling and more akin to a bullet hell shooter than the first game.

As you can see in the trailer below, you'll be battling against hordes of enemies whilst firing an impossibly fast volley of arrows. Enemies will be capable of doing the same so you'll need to be adept at dodging whilst killing as many foes as possible to collect different power-ups such as shields, multi-shot buffs or fire damage.

Alongside various weaker enemies, you'll also battles against more powerful foes in boss-type battles. Here you'll face Krakens, Trolls, Vikings, Raiders, Dragons and even Odin himself. There will be multiple Vikings to unlock as you play through the game who will all presumably have different abilities to make use of.

The controls themselves are very straightforward, you simply have to drag around the screen to move your Viking. Shooting is handled automatically and power-ups will automatically trigger once you've picked them up. 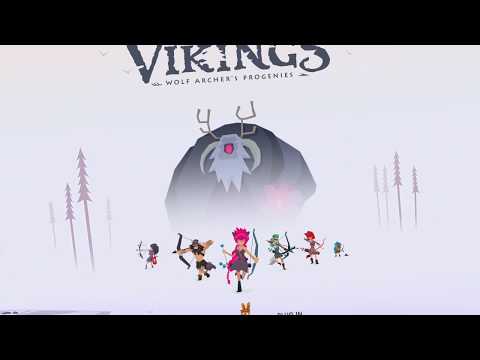 As you battle your way through waves of enemies you will earn currency that can be spent to increase your stats such as weapon strength and fire rate. It can also be spent on upgrading the value of each coin alongside your daily earnings.

Vikings II is available now over on the App Store and Google Play. It's a free-to-play game with in-app purchases.

Enjoy action games? Here are 25 of the best available for Android
Next Up :
DYSMANTLE is a post-apocalyptic RPG where you need to destroy everything to survive, out now on iOS