No arrows to the knee here

Vikings II is a run and gun adventure featuring, you guessed it, Vikings. The goal is to kill as many enemies as you can while firing arrows with your bow. It's really that simple. It's not a genre that tends to include Vikings, so that sets it apart from its competitors somewhat.

Also, when you think of these iconic warriors, you usually think of things like axes, but in this game, it showcases their immense hunting skills with a bow. You will take down several monsters on your runs and try to rack up the points.

The game has been so well received that it was one of our nominees at the Pocket Gamer Awards. But, as simple in concept as the game is, there are a couple of small things you may want to know about the game and that's what we're talking about today.

Most Levels Are Short 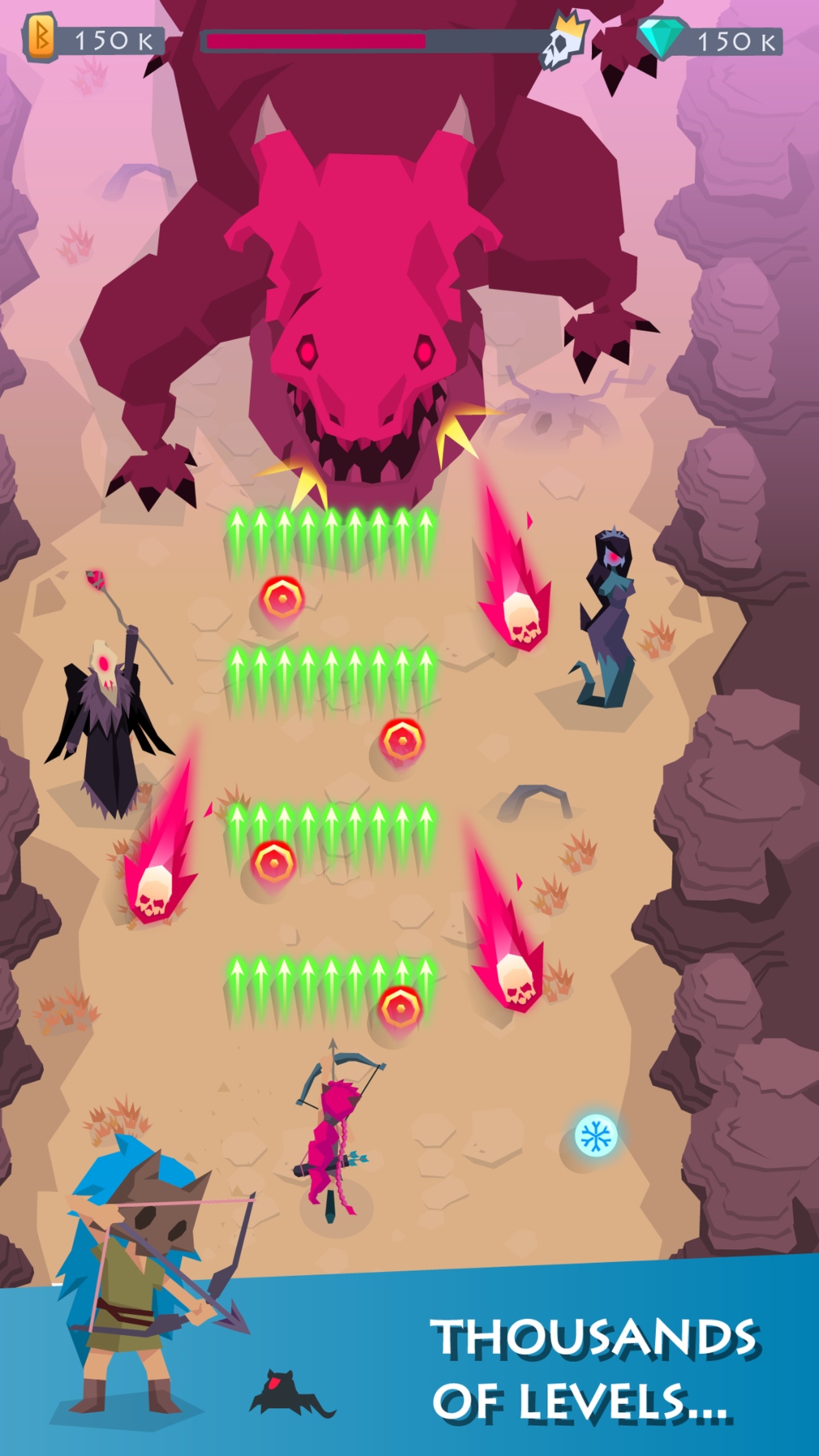 The beauty of mobile gaming is that each game varies in length. Some are a bit more robust and have more length to them while others might be shorter and quicker to get through. Well, in Vikings II, the levels you can play are almost endless. However, one of the nice things is that each run isn't too long.

It's really the right amount of length; enough for you to get some satisfaction. And since it's a runner, you should really be able to get through things pretty quickly. Again, they aren't "too" short so don't fret if you feel like you may not get enough action.

But, if you do want a faster experience, and maybe you don't have a lot of time to chill and game, then you may like something like this. And with so many stages, you can easily bounce from level to level and get a fuller experience if you'd like.

Vikings II is more than just shooting single arrows at your foes as you run. You will be able to utilize special abilities to help give you an edge and put on a show. During each run, you'll come across several items that you can collect.

When you grab them, you'll get different powers, including the ability to unleash multiple arrows on the monsters simultaneously. This move alone is awesome and absolutely deadly. You can also grab another that lets you shoot fire arrows.

Also, you can unlock some new Vikings, each with its own elemental-based abilities. There are two that you can unlock right away with a subscription. But there are several others you can unlock for free with a little bit of grinding.

In gaming, there aren't many things as cool as beautiful art or in-game scenery. Mobile gaming will throw plenty of gems at you, and so does Vikings II. It may be a smaller game in size, but it does provide some beautiful colour and art.

Even on the main menu, seeing the snow-filled background with snowflakes falling on our bow-wielding warriors is a pleasant sight. And the levels are all based on environment, so you'll see some cool settings, despite the birds-eye-view and bite-sized nature of the game.

From winter to greenery and everything else in between, you'll be taking out monsters in some nice locations. Great art isn't necessary for an awesome game, but it can help set the tone for the experience while you take in the gameplay.

0/3
Next Up :
Best Steam Deck alternatives at the moment