The mobile spin-off to Tarsier Studios' Little Nightmares was released earlier this year on iOS, making the already tiny, raincoat sporting, Six's creepy adventures even smaller for phones. Now, you can pre-register for Very Little Nightmares on Android, though there's no release date available at the moment.

In Very Little Nightmares you play as the 'Girl in the Yellow Raincoat' and learn all about her backstory, acting as a prequel to the original game. It starts with her waking up in a mysterious mansion known as The Nest and it'll be up to you to guide her through its various trap-filled rooms that are effectively mazes.

Throughout the journey, you'll meet several twisted-looking individuals such as the handcuffed Butler who possesses telekinetic powers and the Craftsman, a wheelchair-bound fellow with extremely long arms. Alongside solving the various puzzles found in the nest you'll have these folks to contend with as they try to stop you from escaping. 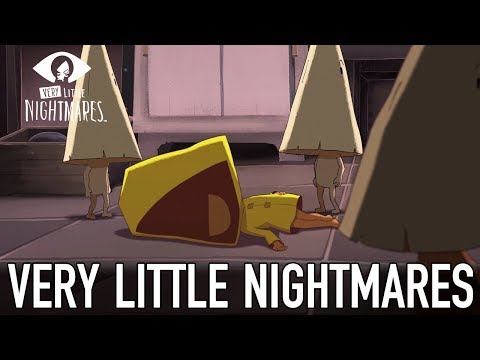 Unlike Little Nightmares, this mobile prequel isn't played from a side-on angle. Instead, it's all played from an isometric angle and in portrait. You also don't directly control the Girl in the same way that you do Six in the original. Instead you tap on a location and she will make her way there, similarly, touching objects you can interact with will see her carrying out the appropriate actions with them.

Since its release on iOS earlier this year Very Little Nightmares has been met with a fairly positive reception, holding a 4/5 and 4.5/5-star rating on the UK and the United States App Stores respectively.

Very Little Nightmares is available for pre-register now on Google Play. Meanwhile, it's already available over on the App Store where it is a premium title that costs £3.99.

Nominate your Game of the Year for the Pocket Gamer People's Choice Award 2020.
Next Up :
Charlotte's Table is celebrating Valentine's Day with an update featuring new stories, levels, and rewards