Unmemory is a mystery game that immerses you in its story through a mixture of narrative, interactivity, and game mechanics, and it’s out now on iOS and Android.

In it, you need to read text to overcome challenging puzzles and move forward in its thriller story where image, sound and mechanics are woven into the narrative. Basically, how well you can read and pick up details in a story will ultimately help you solve this mystery.

Unmemory is a thriller story set in the ‘90s about a man tracking down his girlfriend’s murderer. The twist being that he has a rare, untreatable form of memory loss which makes tracking down the assailant a lot trickier than originally thought. Using notes, pictures and recorded messages, you will help the protagonist find the man and discover the uncomfortable truths surrounding his circumstance. 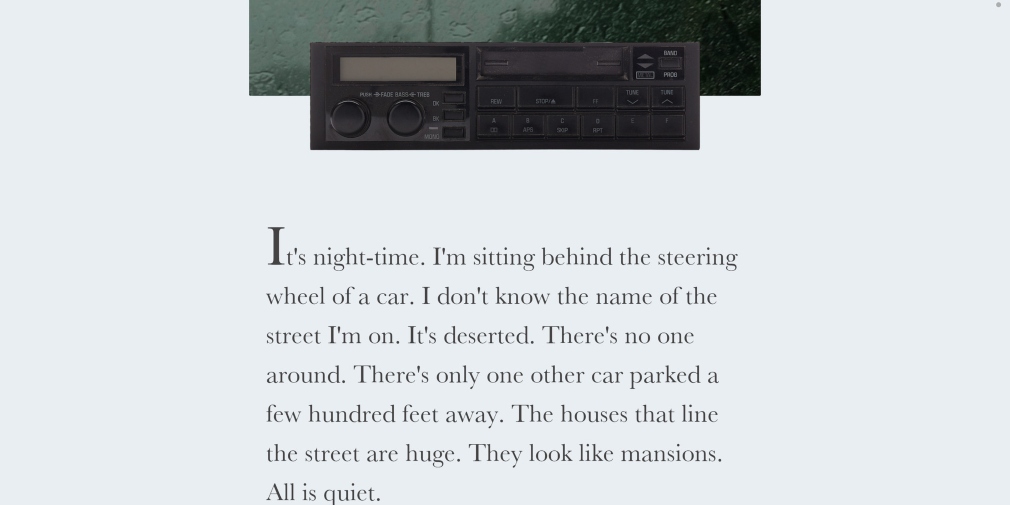 It sounds a lot like Christopher Nolan’s thriller Memento when you put it like that. Each chapter details a different memory trigger that helps the protagonist to recall details about the murder, with each one focusing on a different sense such as music, touch or smell. With approximately six hours of gameplay, there’s enough here to present an intriguing mystery and non-repetitive puzzles.

With its heavy nostalgic ‘90s vibes, Unmemory is the creation of Spanish developer Patrones y Escondites. “Our vision is to create artistically unique projects that have a story to tell and broaden the view of what games could be,” a statement from the studio said. “We aim to deliver a remarkable and deeply satisfying user experience by blending gameplay, narration and outstanding aesthetics.”

Alongside its release on Steam, you can download Unmemory from the iOS App Store and Google Play for Android.

We've got a list here of more iOS puzzle games to check out if that's what you're interested in.
Next Up :
DYSMANTLE is a post-apocalyptic RPG where you need to destroy everything to survive, out now on iOS