Ultra Blade, a new hack-and-slash roguelike from the developer of Immortal Rogue, drops later this Summer

Today, Kyle Barret, the legendary indie developer of the hit roguelike Immortal Rogue, announced his next big project; another roguelike-based slash-em-up called Ultra Blade that’s due out this Summer for both iOS and Android. Much in the same vein as Immortal Rogue, Ultra Blade will pit you against a screen full of foes and various enemy types as you progressively combine an assortment of heroes and blades to develop your build and take them all on.

It’s clear Barret has carved out his niche given how wonderful Immortal Rogue was, and Ultra Blade seems to be heavily inspired by its success. This time, however, where Immortal Rogue was concerned with tons of different types of combat styles, Ultra Blade is all about the swords. Different types of swords, different abilities, different heroes, but at the end of the day, you can bet your bottom dollar you’ll be swinging some variation of a blade. Hence the name. 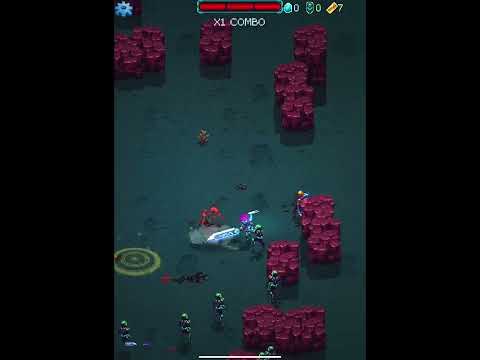 Sporting a nice 2D pixel art style, truly awesome effects and well-crafted animations, and some wonderful music, Ultra Blade could be your next time sink. The controls keep it nice and simple, and it can be played in portrait mode which means it’s that much easier to pick up and play during a lunch break or a short coffee run. Alternatively, with as much content as Immortal Rogue had, it’s safe to say that this is also one you can sink hours and hours into if you so desire, so there’s a little bit of everything for everyone.

If you’re looking for more information about Ultra Blade, including a bunch of gifs that show off the combat in-depth, you can check out the official website. In the meantime, it has not found its way to storefronts yet, but you can expect pre-orders to go up pretty soon judging by the release window of sometime this Summer, so stay tuned.

Are you looking for other live-die-repeat style games? Check out our Top 25 best roguelikes and roguelites for iOS!
Next Up :
Eternal Evolution launches in Europe and select regions with special launch rewards