The NES Remix series on Wii U is a wonderfully ingenious twist on the tired old compilation pack.

Instead of just shoving a bunch of dusty old ROMs onto a disc, Nintendo engineered a gauntlet of quick fire mini-games, ripped from classic games. You might have to stomp on 15 Goombas in Super Mario Bros, or hop three barrels in Donkey Kong.

Each challenge is a bite size chunk - not quite as short or crazed as a WarioWare micro game, but certainly requiring a lot shorter attention span than trying to puzzle out The Legend of Zelda in 2014.

You get medals for your effort, and you score is saved and can be compared on a regional leaderboard or against your friends. You can even watch a replay video of anyone's attempt, complete with an overlay showing button presses.

And then there are the mash-ups, which smash together characters, enemies, levels, and mechanics from multiple games so you have Link fighting Donkey Kong, or Kirby sucking up Boo ghosts from Mario. 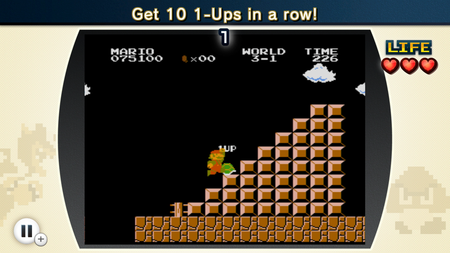 Nintendo doesn't have any screenshots the 3DS version, so you'll have to make do with these Wii U pics

Those Wii U games deftly sidestepped the problems with retro mix tapes, offering something new for hardcore fans, actively encouraging the act of flitting between games whenever you hit a hard bit, and retooling the classics for new players who don't have the patience for 1980s game design.

And all that is here in this 3DS version, which pulls together "the best" bits (Nintendo's words) of NES Remix 1 and 2. But it's a shame to see such a smart and knowing series, remixed into something so lazy.

Now I'm no expert in NES engineering (sadly not an accredited university course), but there are emulators that render old games in faux 3D and Nintendo has its own line of three-dimensional NES games. Heck, it would be fine if the overlays were just poking out a bit, or if the screen resembled a curved CRT telly of the era. 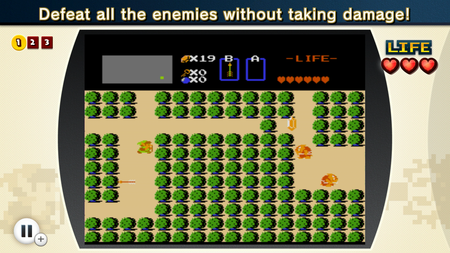 Then there's Speed Super Mario Bros. Oh man. This makes me laugh. It is possibly the most unashamedly effort-free excuse to sell SMB to you for the eighteen thousandth time.

This is Super Mario Bros played really fast. Everything moves at double speed, making it practically impossible to play. That's it. It's amazing.

Maybe you can find a twisted challenge in rewiring your brain cells to handle the speed boost but seriously, that's it? If you're going to let us tweak Mario's settings, why not let us fiddle, tweak, and toy with the variables like a ROM hacker or an ambitious kid with a Game Genie and an afternoon in 1985 to kill.

You could have speed Mario, but also slow Mario, moon-gravity Mario, and mirror Mario. You could dial up the speed of each enemy, make coins deadly, or increase the firing rate of Mario's fire flower. 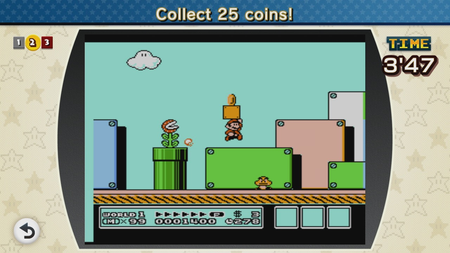 The championship mode is quite interesting. It's a slightly more length challenge (split across Super Mario Bros, Mario 3, and Dr Mario) and styled after the old Nintendo World Championship competitions .

But there's only one challenge, and it's exactly the same as the Championship Remix in NES Remix 2 (but despite this, the leaderboards are kept separate). Been there, done that.

And on top of all this, you can't change the controls. Plus, this doesn't even mention the obvious fact that the handheld version of this series really should be a remix of old Game Boy games. It makes sense, right? 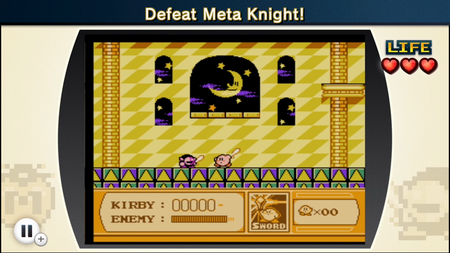 The NES Remix games are great and it's nice to have some version of that in a portable format. But this 3DS remix is interminably lazy. It's phoned in, shows an uncharacteristic lack of effort from Nintendo, and is hardly befitting of the 'Ultimate' tag, or its £30 price tag.

We'll have a full review closer to the game's launch on November 7th in Europe and December 5th in the US.