An interview with Playdek and GMT

Chances are, you've never heard of the best board game ever made, let alone played it.

But for those who've sampled its delights, it's incomparable. It's been top of the ratings charts on central hobby gaming site boardgamegeek for years, and shows no signs of shifting, in spite of having been released back in 2005.

What's even more amazing is that all this adulation is heaped on something as obscure as a simulation of the cold war. The game is Twilight Struggle, and now, thanks to a Kickstarter, and Playdek, it's on its way to mobile.

I love this game. I love it so much that I feel the need to offer some numbers to demonstrate how much. How many play hours to you expect to get out of a really good video game. 30? 40?

Well, I've played Twilight Struggle approximately 70 times, at an average of three hours per game. So that's 210 hours. And I still love it. That's how much. 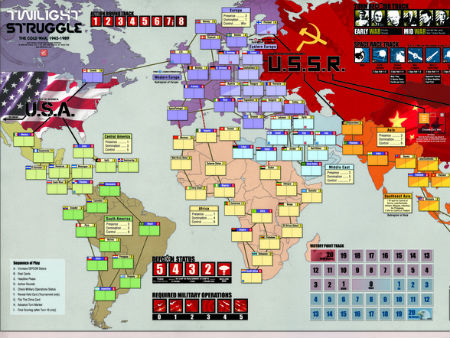 I'm not the only one. When I asked Gary Weis, chief technology officer at Playdek, how his team felt about the game they're working on, he grinned and answered "there's a good reason why it's the number one ranked title on boardgamegeek."

But the path from board to screen isn't going to be easy for this game. Each turn, players get a hand of cards representing famous historical events from the era, with in-game effects keyed to the real world results.

So, for example, there's an "Iron Lady" card that gives the USSR influence in Argentina while wiping out all its influence in the UK.

This hugely complex interplay of possible effects is at the root of the appeal of the game, but it also makes it a beast to try and write an AI for. But Weis is confident that Playdek is up to the challenge.

"We've acquired a lot of turn-based AI experience working on previous Playdek games," he told me. "So we have some things that we think will work well. We're currently considering a number of different approaches, and we'll most likely implement several of them to see how they perform. There's a good chance more than one of them will be included in the released game." 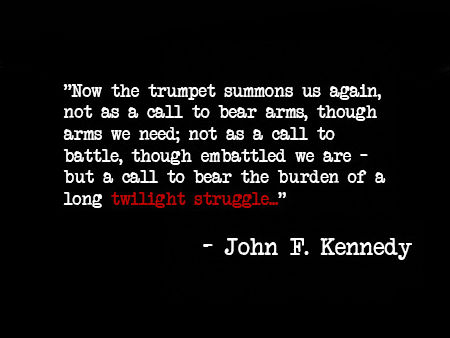 It's also going to be a difficult task trying to cram all the information needed for smooth play onto a touchscreen. But here, Playdek has plenty of form, with its near-legendary skill in designing interfaces for other adaptations of complex tabletop games - like Agricola.

"We want make the player feel like he is interacting with a digital board game rather than just poking at a video display," Weis explained.

"One of the Kickstarter stretch goals is an optional 'Expert UI', which will attempt to condense all the information onto a single screen. New players would be overwhelmed playing the game this way, but it will available to players who are already comfortable with the game's rules and nuances."

For Playdek, new players are key. That expertise in dealing with the softer side of game design extends into making difficult-sounding games like Twilight Struggle as smooth as possible for first-timers.

That's one of the biggest differentiators this new version is going to have over existing, PC-only methods of playing online against other humans, like Vassal.

"We'll be giving it the Playdek online treatment," Weis told me. "Several tutorials and strategy guides will be included to help with the process of bringing new players up to speed. Multiple AI opponents will allow players to play offline anytime they want."

Plus, "players will be able to play in real-time or asynchronously, or switch between the two during a game. The rules will be enforced by the game, so players can focus on the important gameplay decisions." 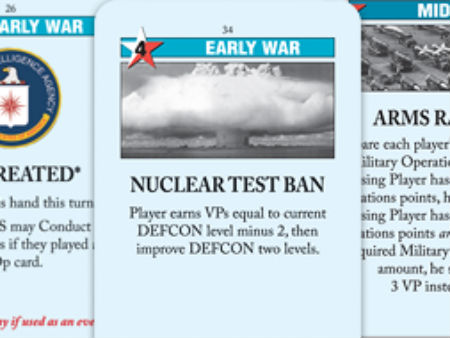 But, as if there wasn't enough to get excited about in having one of the foremost digital board game publishers bringing on the best-ever board games to mobile, there's even more new stuff in this Kickstarter. Of prime interest to existing fans are two mini-expansions to the original game, both of which will also be available for the mobile version.

I was able to get some details on this new content from one of the game's designers, Ananda Gupta.

"The 'What If' expansion is a way to get even more replay value from Twilight Struggle," he told me. "It provides a simple mechanism for set-up variants with some speculative historical context. There are a series of tables that list different possible outcomes for the ending of WWII and the beginning of the Cold War."

It's going to be implemented with the same fiendish mix of strategy and chaos that makes the original game so brilliant.

"The players get a random result from the tables," Gupta elucidated, "but they also have cards that can modify the die roll in advance, along with a dummy to enable some bluffing. The results from the tables then give instructions for changing the setup - altered influence placement, event cards, or even the addition of new cards to the deck."

In addition to this new way of starting the game, there's going to be some new 'promo' cards that will, in fact, be available to everyone, including via the mobile version of the game. But Kickstarter backers at a tier to get physical versions will receive unique card art for both expansions.

My focus, though, was on what these cards actually do. 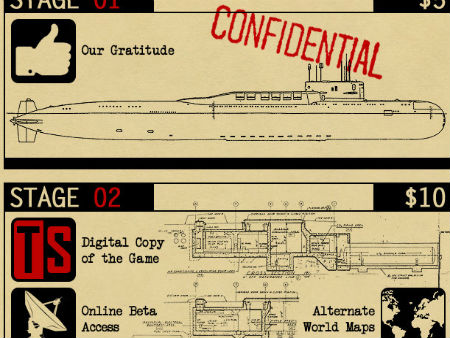 "They all have unique purposes," teased Ananda. "One of them captures a cold war dynamic we always wanted to include in the game: the phenomenon of certain countries being able to play the two superpowers off against one another. And I felt that Stanislav Petrov, the Soviet air defense officer who determined that what the computers saw as an American missile launch was in fact a false alarm and in so doing prevented nuclear war, deserved a place of honor in the card deck".

There are two other cards but we'll keep those secret for now!"

I wanted to know a bit more about how the Kickstarter-only rewards were going to be different from existing and upcoming printings of the game and these new expansions. For that, I had to talk to Gene Billingsley, CEO and co-founder of much-loved, gamer-friendly publisher GMT, who developed and released the original board game.

"Our artists are 'reimagining' the board and cards," he told me. "We're going to use this new board and card set in both the new collector's edition and as one of the options for the digital edition."

So what's so special about this new edition, other than it being signed by the designers? "The board is going to be thicker than the one in the current deluxe edition," Billingsley said. "And the counters in the collector's edition are going to be stamped wooden pieces, not cardboard."

If you're not a tabletop gamer, you perhaps won't appreciate the appeal of wooden bits in a game. But for obsessives like me, it's like the difference between playing games on your old Nokia and your current smartphone. The fact that there even was a collector's edition made it difficult for me to decide which Kickstarter tier I was going to back myself. So I asked Weis for advice.

In answer, he grinned again. "Now that details are available on what's included in the collector's edition, I think it's hard to pass that up. Most of the Playdek employees who play Twilight Struggle are backing that tier just get that version of the game."

I'll be back to answer your comments, right after I've upgraded my Kickstater contribution.

8 More Board Games We'd Love To See On Mobile

Twilight Struggle Digital Edition is heading to iOS, Android, Windows Phone, and PS Vita thanks to a Kickstarter campaign