Twelve A Dozen, the maths-based puzzle platformer from the Surgeon Sim dev, is out on iPad right now

Add it up, subtract, and then divide

Bossa Studios has released its maths-based puzzle platformer Twelve A Dozen for iOS.

If you missed it, we interviewed Bossa about the game to find out all about it. There's plenty of details inside that link for you.

For those of you in a rush, know that you help Twelve and her companion Dot as they attempt to traverse a decrepit microworld inside a calculator.

The puzzles are based on changing the number displayed on Twelve's face.
Each number gives you an ability, such as four's strength, and nine's extra jump height. You can combine these numbers, and therefore their powers, too. 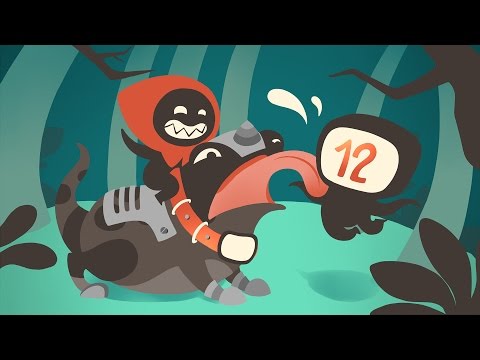 To change the number, you'll need to use the conga line of "numbles" - that's plus, subtraction, multiply, division (and more) signs - you pick up. Yes, you'll need to do some maths, in other words.

Twelve A Dozen plays like a point-and-tap adventure, although it is also a platformer. It's targeted at 10 to 14 year olds but its guffletrumps and sum beasts should have universal appeal.

Free DLC is in the works, and if the game proves popular, iPhone and Android versions could happen.

Get a look at a beautiful world full of numbers