[Update] Become a wealthy oil baron in the simulation game Turmoil, out now on iPad

iPad
| Turmoil
Updated 22nd February, 4:16 PM: Though it's reared its head a little early, Turmoil is now available for you to download on your iPad.

I know it was a while ago now but at Gamescom last year Gamious let us know what it was up to. Excitingly, later this week their oil-drilling game Turmoil is coming to iPad. 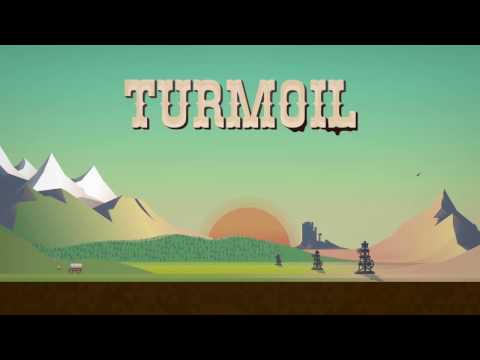 Subscribe to Pocket Gamer on
Aside from an aptly named game, Turmoil is a simulation game set in the early 19th century oil rush in North America. As you could imagine, you'll earn cash by setting up efficient pipes and collecting oil.

As the seasons go on your town will start to grow, and apart from being a wonderfully wealthy oil baron you could also beat your competitors and become the town's next mayor. No, money doesn't buy happiness, but it'll probably help a little.

With a bunch of upgrades to buy, new technology to implement, and plenty of interesting character to chat to, Turmoil is shaping up to be a rich, single-player game destined for the iPad.

Better yet, you've only got to wait until Thursday the 23rd February before getting your hands on it at £5.99/$5.99. Or, if you're more of a PC user and don't want to wait another second, you can grab it on Steam now for a similar price.

Turmoil, a tycoon sim that turns you into an oil baron launches on Android and iOS