The single-player mode for Turbo Shot lets players explore an intriguing narrative in levels filled with a wide variety of puzzles and enemies. Battles help you earn blue crystals for Turbo Chests, which, in turn, reward you with new characters, new guns, and new skins. The challenging AI foes won’t just be there for target practice - you’ll have to best them using your shooting skills to progress through the levels, and maybe even take down the nefarious Dr. Stinchcomb himself.

As for the PVP content, it’s a wild and wacky 10-player arena filled with booby traps and power-ups. It’s anybody’s game as you race to collect 100 crystals and emerge victorious. There will also be weekly challenges and battle passes you can sink your teeth into, as well as leaderboards where you can nab the top spot for the ultimate bragging rights. 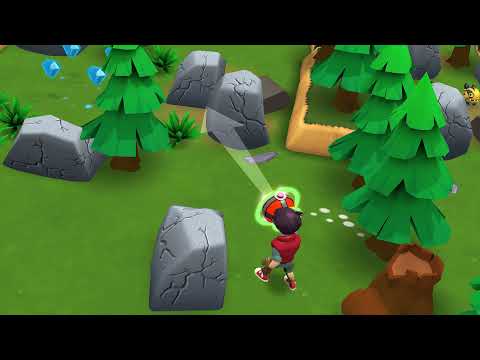 If you're eager to find out more ahead of its release then make sure to join Turbo Shot’s official Discord group. Turbo Shot is set to launch later this year on the App Store and Google Play Store and will be free-to-play with in-app purchases.

What's A Preferred Partner Feature?
From time to time Steel Media offers companies and organisations the opportunity to partner with us on specially commissioned articles on subjects we think are of interest to our readers. For more information about how we work with commercial partners, please read our Sponsorship Editorial Independence Policy.
If you're interested in becoming a Preferred Partner please click here.
Next Up :
Polity is a life sim MMORPG where you can rule or be ruled, out now on Early Access on iOS and Android

Turbo Shot: What to expect from this upcoming gunplay-filled puzzle adventure