Turbo League is nothing like Rocket League, at least as far as copyright is concerned. Yet all I see is a car football game which tries to bring as much console goodness to mobile as its inspiration.

Any fan of Rocket League will take one look at this and scream cheap knock off. However, what they might overlook is that this is a free portable copy you can take with you wherever you go.

Turbo League adds a couple of its own unique concepts into the mix as well. There's a speedometer in the ball that lets you see how hard you have smashed it.

Another nice addition is more in-depth car customisation, allowing you to place individual stickers on your car. 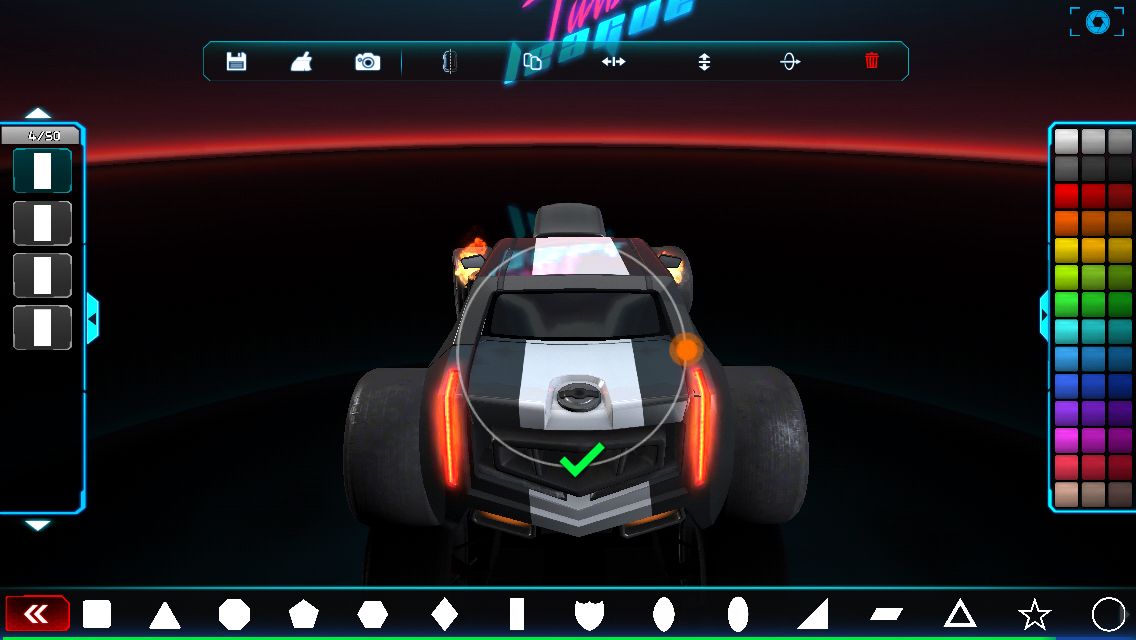 But after these twists it becomes a serious struggle to name any more positives in the entire game.

Now I am not saying these are the worst controls ever, but they are a close second.

They're just awful. You can try to fix one-half of the problem by changing the steering to either a wheel (which fixes nothing) or to tilt (which is horrific especially when trying to jump).

The second half of the problem is the tiny buttons. The boost button is barely 10 pixels wide, so successfully pressing it should be worth a goal in itself.

The worst part is the boost button is next to the yaw controls, meaning you can't adjust your flight and stay on the boost.

Additionally, the tiny jump button is above the steering section, so you can either jump or steer, not both.

There are more problems with Turbo League. Where it should be as simple as point and shoot, there's significant lag affecting gameplay, even when offline.

The game offers one free car to use, the other three cars can be gained by a three-month subscription of £10.99 which comes with unlimited boost.

The cars individually cost between £1.50 and £3.99, and quite frankly that's far too much.

The most bearable way to play the game was to change the camera angle, because the default angle is focused on the ball (ball cam). The controls are less of an issue in some of the different options, but even a simple dribble takes 10 times more effort in Turbo League than it does in Rocket League. 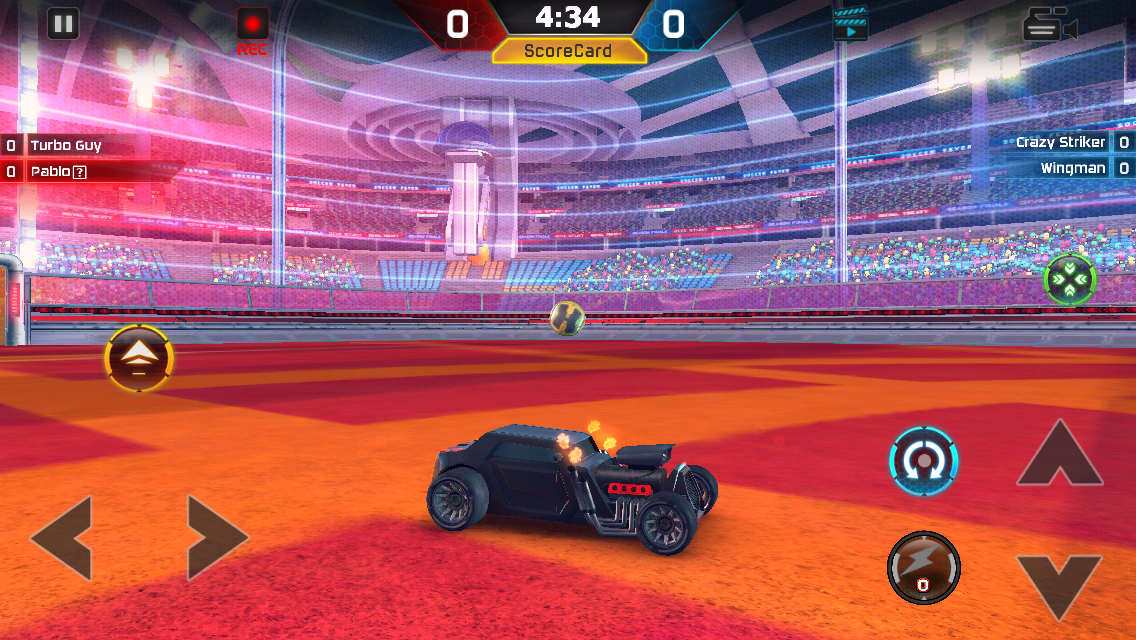 But wait, there's more! The game gives you 100 boost to start off with. But when that's run out you need to watch videos for one boost or buy packs.

There are no pickups in the game, and there isn't even a timer to regenerate boost. It's just another way in which the game ruins itself.

What all this boils down too is that Rocket League is far too complex a game to be dumbed down for smartphones. The precision and pleasure of using a controller are far simpler and more enjoyable than touch screen.

I am sure there are many games like this that are even worse but, as a standalone game when compared to the masterpiece that is Rocket League this game falls miles short in every way.

A good idea on paper, but simply too complex for mobile
Next Up :
Hero Emblems II review - "Lovely visuals and music, but match-3 combat lacks strategic depth"