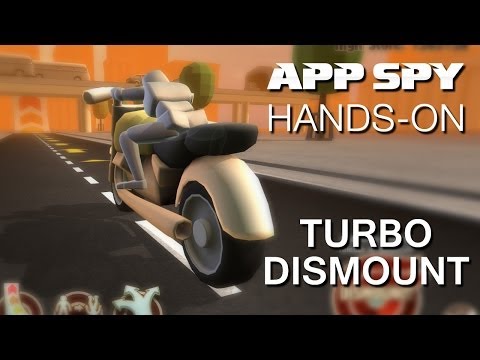 Secret Exit's Stair Dismount was a wonderful little oddity. A sadistic and silly game about bruises and broken limbs.

The idea was to shove a mannequin down some stairs and watch in fits of giggles as its ragdoll body bounced off each step. Maximum points were awarded for cracking every bone in Mr Dismount's flailing body.

Turbo Dismount continues that idea, but takes it on the road. Now, you start in a vehicle of your choosing, and you have to build an obstacle course that will end in as much carnage (and tragedy) as possible.

Maybe you want to put Mr Dismount in a school bus and send him off a ramp into the middle of a busy intersection. Or perhaps you want him to peddle a tiny tricycle into oncoming traffic. Whatever works, really. 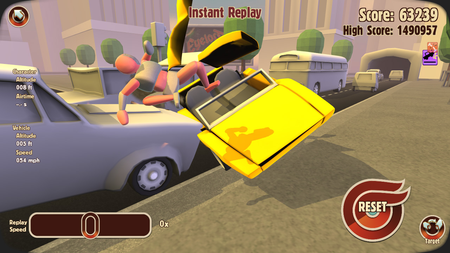 The game is a terrific spectator sport, and hilarious homemade footage from the PC version is all over YouTube like a viral cat video. As such, Secret Exit's Jani Kahrama says that the iOS version will support Everyplay recording for sharing replays.

Best of all, the game is constantly recording everything you do, so you never miss a funny run. And you can go back and make your own highlight reel with multiple shots, different camera angles, slow motion, and reverse.

At Pocket Gamer Connects in Helsinki, Kahrama said that Turbo Dismount will likely surface on iOS in early autumn. Secret Exit currently plans to launch it as a free-to-play game where you can purchase more toys to mess with.

Turbo Dismount, the hilarious game of flying rag dolls and shattered skulls, is out on Android right now

Turbo Dismount, the sort-of sequel to spine-crushing person-pusher Stair Dismount, is set to hit iPad and iPhone this Thursday