Choose your own destiny in Tunnels & Trolls Adventures, out now on iOS and Android

Just roll with it

Though it slipped out on mobile last week, today indie developer MetaArcade has announced that Tunnels & Trolls Adventures has officially launched on iOS and Android worldwide. 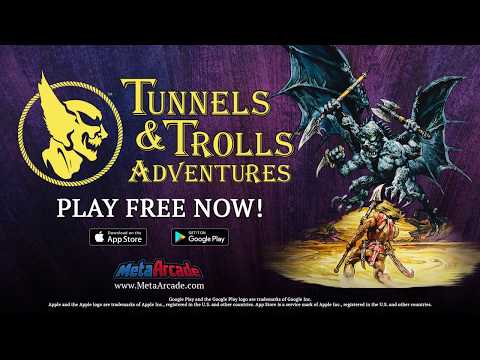 As you'll see from the trailer above, you've got a number of adventures to take part in, including Naked Doom and Grimtina's Guard (by Ken St. Andre), Golden Dust and Red Death (by Michael Stackpole, and Buffalo Castle - the first solo adventure made for any RPG.