Feral Interactive has released a demo for Tropico on Google Play, allowing players to get a small slice of the game for free.

The new free version of the game is called Tropico: The People’s Demo, and it allows you to sample part of the full game to get a taste of what the experience is like on mobile. Since the game costs £11.99 on Google Play, this seems like a wise decision. 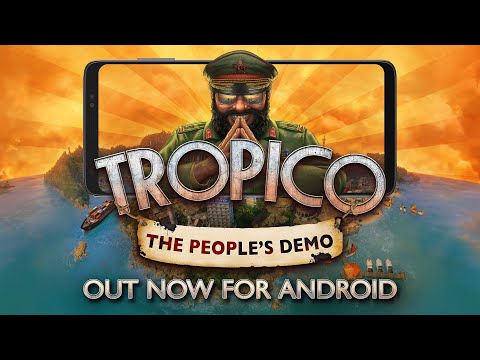 Tropico: The People’s Demo includes the first Campaign mission and three in-game years of Sandbox Mode to try, which is a fair amount of game to receive for free. At best, it will definitely serve to help inform your decision of whether to buy the full version or not.

Don’t worry about losing your progress either if you do decide to upgrade. There’s an in-app purchase inside the game which will automatically unlock the full game for you to play and can continue your progress made in the demo.

If you’re unaware of what Tropico is, it’s a game where you assume power over a small tropical island paradise. You participate in various activities from city-planning to politics. It features a linear story mode where you have certain targets you need to hit, as well as a sandbox mode where you’re free of any goals and can make up your own.

Although this was originally a series made for PC and console, Tropico made its way to mobile a couple of years ago. This version of the game is built from the ground up for iOS and Android devices, where you have complete control over the game with fleshed out touch controls and gameplay mechanics that are refined for the smaller screens.

Grab the demo for Tropico on the Google Play store. You can also find the full version of the game on the iOS App Store and on Google Play as a paid title which costs £11.99.